18-Year-Old Nigerian Girl Who is a Serial Entrepreneur, Runs Restaurants in Lagos and Kano, An 18-year-old Nigerian girl is pulling all the stops to show that age has age has nothing to do with creativity and industry. 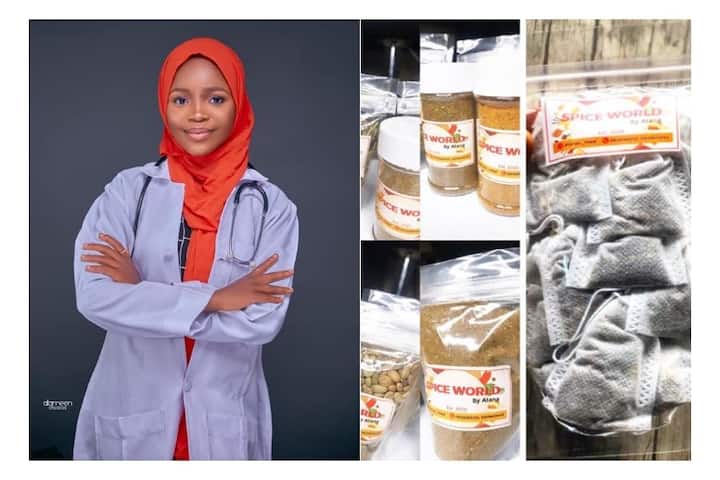 At 13, most girls her age were still playing with toys and asking questions about mundane stuff, but not this Nigerian teenager, who started experimenting with business as she turned a teenager.

18-year-old Halima Umar Atana is a self-taught chef who operates a restaurant at the Oniwaya Junction along Capitol Road in Agege, Lagos.

According to a Daily Trust report, the Kano State indigene was born and brought up in Lagos and is currently the managing director/CEO of Atanas Meal which serves local and continental dishes, snacks, mocktails and drinks.

She also operates a mini restaurant in Kano, her home state.

She also runs Modern Walk, an outfit rendering clothing services and ready-to-wear outfits, including exotic fabrics. She also shops for clothes for new brides, designs them and gives tailors to stitch for her clients. She also provides make-up services for new brides.

Atana is a 300 level student of Dentistry at the Emirate College of Health, Science and Technology in Kano State.

The undergraduate began by making small chops at age 13 when she was in Junior Secondary school. She learnt other skills on social media and added them to her menu over time.

Father to the rescue

According to her, when her father saw her progress, he asked if she could run a restaurant if he opened one for her. She jumped at the offer and told her father she can successfully manage it.

The Kano State indigene said when she began making the small chops at secondary school which she sold at a very low price. She also sold unfinished dough, which she refrigerated and gave to customers to do the finishing themselves.