Two Strangers Who Met in an Aeroplane End Up Marrying Each Other 4-Years After, Two youngsters who just graduated from high school were traveling to resume studies at the university. 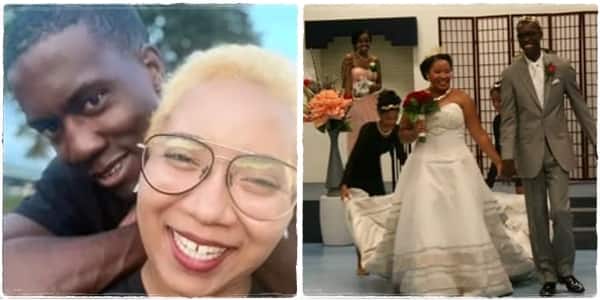 The couple identified as Anton and Schereéya boarded the same flight in 2010, flying to the state of Virginia. But unknown to them, they were both headed for Washington and Lee University where they were accepted for studies.

They started talking right away and became besties while in university. It took some time before they started dating, and then the proposal came.

Anton and Schereéya both got married four years later. They were both young when they met, just starting to figure out what life looks like in university. Commenting on their wedding, Schereéya told CNN:

“If you get engaged at 23, you do really think you’ve gotten everything figured out. And it turns out that you actually still have to grow and change and figure out who you are. And even if you figure that out, in five years it might be different again, and another five years — and just the sense of realizing there is no arriving at any destination. It is just, can you travel together well? Because it’s always a journey.”

The man and wife who have stayed together for the past seven years now have 2 children.

I Thought I’d Be the Next Tiwa: BBN’s Uriel Digs Up Photo of When She Got Big ‘No’ at Nigerian Idol Audition