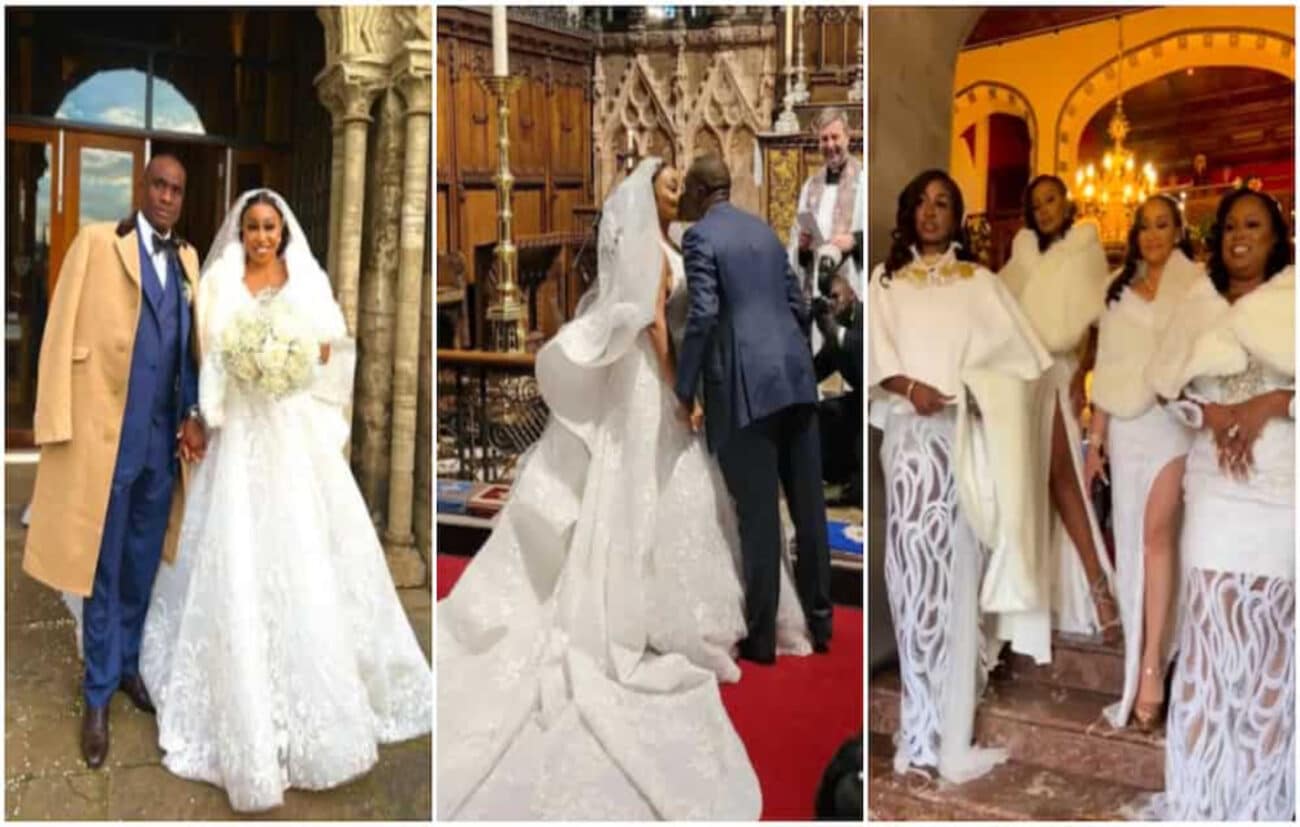 A popular saying goes, “Love is beautiful, and anyone who finds a lover has found a good thing.”

Some celebrities, however, are not left out of this love affair. So far this year, celebrities, particularly those in their forties, have found love and committed their lives to it.

From the music to the film industry, older celebrities found the love of their lives and, surprisingly, took the risk of walking down the aisle with them.

Jude Abaga, also known as MI Abaga, a 41-year-old veteran rapper, and his fiancee Eniola Mafe are set to marry in September 2022.

The couple, who announced their engagement earlier this year, held their wedding in Lagos, which was attended by friends, family, and Nigerian celebrities who celebrated with them.

According to Kemi Filani, the couple married in grand style in North Yorkshire, England.

This comes months after the actress and her husband stunned Imo State with their star-studded traditional wedding.

Despite the elaborate traditional wedding, Rita Dominic and Fidelis hosted their white wedding for their families, friends, and colleagues.

Mercy Aigbe, a renowned Nollywood actress, made headlines on Sunday, January 23, 2022, after she shared photos of her married partner, Adeoti Kazim, whom she married in a Muslim wedding ceremony.

The mother of two congratulated the businessman with amusing notes on her Instagram page, despite backlash from disappointed fans.

Yul Edochie, the last child of seasoned veteran actor Pete Edochie, joins the list of celebrities who married in 2022.

Yul Edochie, who is married to May Edochie and has four beautiful children (three boys and one girl), confirmed on social media that his colleague turned baby mama, Judy Austin, bore him a child, prompting him to make her his second wife.

Yul announced on social media, “It’s time for the world to meet my son.”
STAR DIKE MUNACHIMSO YUL-EDOCHIE is the name of my second wife, @judyaustin1.

And I adore him just as much as I adore my other children.”

Yul Edochie and Judy Austin have been a couple for a long time, as he always directs the films she produces.

Their relationship began during one of their shoots, and then one thing led to another: Judy Austin became pregnant and gave birth to a baby boy last year.

On Saturday, November 19th, the lovebirds exchanged vows in the presence of family and friends in Warri, Delta State.