Tragedy as 6 Islamic Clerics Die in Auto Crash After Outreach, A motor accident has claimed the lives of about six Islamic clerics under the leadership of Sheikh Alkassim Zakariyya, a report by Daily Nigerian has stated. 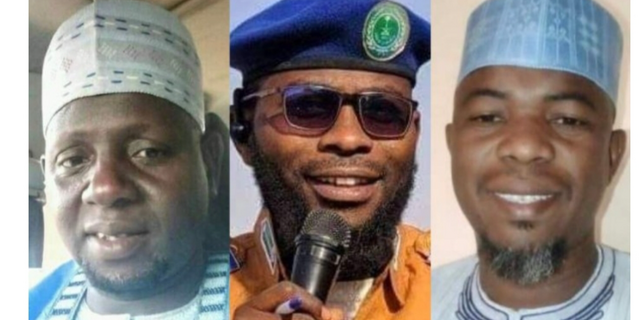 The clerics were returning from a propagation outreach, Da’awah in Sumaila local government area, Kano state supported by Imam Malik Islamic Foundation on Wednesday, April 13, when the accident occurred.

A staff of the foundation, who did not want to be mentioned, said they received the news of the incident at about 3:00 pm.

Confirming the incident, the staff added there was no information on the fate of other staff who accompanied the clerics to the Islamic duty in Sumaila at the time of this report.

Abdullahi Labaran, the spokesperson of Federal Road Safety Corp (FRSC) said the command is yet to receive the information about the incident but he would investigate.

we reported that former President Goodluck Jonathan was on Wednesday evening, April 6, involved in an auto crash in Abuja which claimed the lives of two of his aides.

One of his aides, who confirmed the accident, said Jonathan was fine and okay and was said to be at home.

It was learnt that the accident occurred when the ECOWAS Special Envoy was on his way from the Nnamdi Azikiwe International Airport to his residence in Abuja.