A blessing to this generation – Fireboy celebrates Olamide on 33rd birthday

Biggest Inspiration: Fireboy DML Rates His Boss Olamide Highly As He Clocks 33, It is a mood of celebration in the Yahoo Boy No Laptop (YBNL) label as popular singer, and label owner Olamide celebrates his 33rd birthday on March 16. 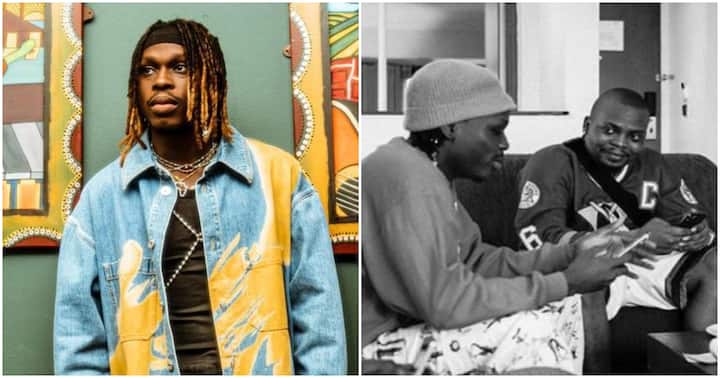 Joining voices with other Nigerians who have sent birthday messages to Olamide, popular YBNL singer Fireboy DML also sent a heartfelt message to his label boss.

Fireboy, who Olamide signed in 2018, seized the moment to appreciate Olamide for all that he has achieved under him at YBNL. He described the veteran singer as a blessing to this generation.

Under Olamide, Fireboy has released hits upon hits, including the current trending Peru that has seen him feature popular British singer Ed Sheeran, which has helped give him more international recognition.

He also revealed Olamide is his biggest inspiration and the greatest of all time. Fireboy also prayed to God to continue to bless the YBNL label boss, as he has been a source of blessing to many people.

Fireboy wrote on his Instastory:

“Biggest inspiration. One of my favourite human beings in the world. May God bless you as you have continued to be a blessing to this generation. Happy birthday.”