Drama as family members of man’s wife storms church where he was marrying a new wife, to present proof of him being married (video), 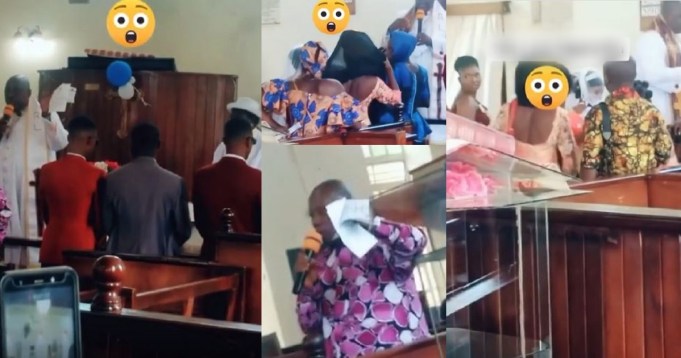 A wedding was called off in Sierra Leone last weekend after it was discovered that the groom was already married.

The young man’s wedding was called off after the family members of his first wife stormed the church with proof that he was already married. 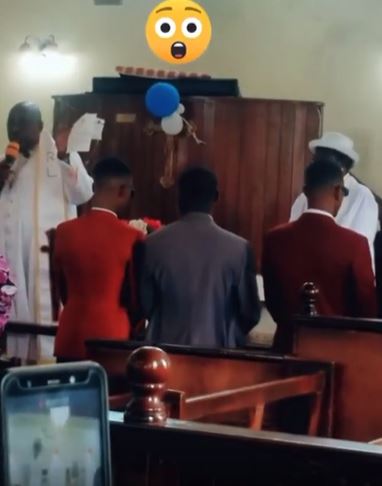 According to reports, the man planned to covertly marry a new wife while still married to his first wife.

However, during the wedding ceremony, as the priest was about to join him with the new woman, family members of his first wife barged into the church with enough evidence to prove that he’d already married. 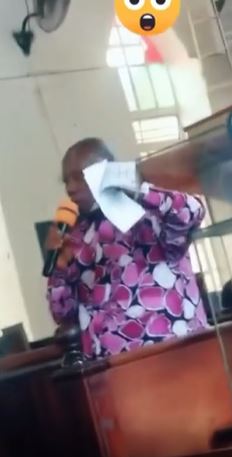 This revelation made the officiating priest call off the wedding.

He was almost mobbed as an angry mob was waiting outside the church premises to lynch him.

In the viral clip, the man is seen coming out of the church after his wedding was called off, but quickly rushing back after he saw the enraged crowd at the exit.

The incident is said to have occurred in Sierra Leone last weekend.

“Prepare to be depressed at least 5 times a week” – Nigerian lady tells those planning to relocate to the U.K (video)

Reality TV star, Esther Agunbiade shocked after a male admirer left his phone with her because she refused to