Names, Profiles of Nigerians Who Died in Abuja-Kaduna Train Attacked by Terrorists, The terrorists bombed the Abuja-Kaduna rail track, causing the train carrying hundreds of passengers to derail. 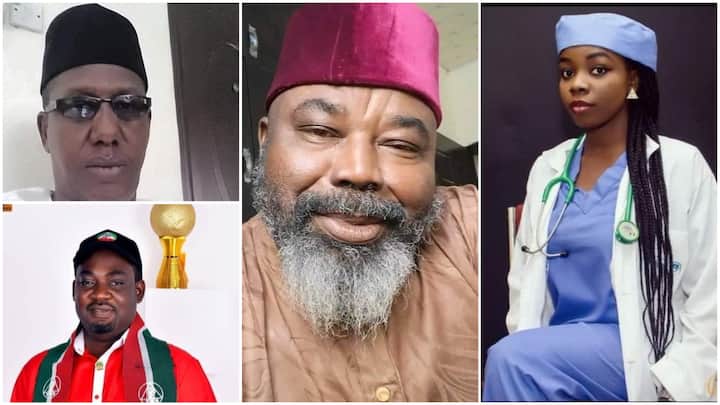 They started shooting sporadically after forcing the train to stop, killing at least eight passengers and 26 people injured. So many passengers are unaccounted for as the manifest showed that over 300 people were aboard the ill-fated train.

Here is a brief profile of four people who have been identified among those who died in the attack:

According to BBC News Pidgin, Dr Chinelo Nwando was working with St Gerald Hospital in Kaduna.

The NMA President, Prof Innocent A O Ujah, mni and indeed all Medical and Dental Practitioners under the auspices of NMA are deeply saddened by the tragic, horrific and preventable death of one of our members, Dr Chinelo Megafu Nwando /2 pic.twitter.com/mg93JK0L6G

The NMA described the late doctor as dedicated, saying the medical profession will really miss her.

Barrister Musa Lawal Ozigi was the Secretary General of the Trade Union Congress (TUC) in Nigeria.

His death in the train was confirmed by the president of the TUC, Comrade Quadri Olaleye.

The TUC chairman in Kwara state, Comrade Akinsola Akinwunmi, was killed in the train attack.

Comrade Olaleye who also confirmed Akinwunmi’s death said the two were travelling to Kaduna for an engagement which was supposed to happen on Tuesday, March, 29.

Abdu Isa Kofar Mata before the train attack which claimed his life was the director of board the of technical education.

His younger brother Mukhtar said he died from gunshots, adding that Mata’s death has left the family devastated.

The deceased was described as someone who was always ready to help others who need assistance.

Inna Lillahi wa Inna Ilaihir-Raji'un!
A seemingly normal day turned out to be the worst day of my life. I got the news that my brother and Mentor, Abdu Isa Kofar mata had been shot dead in last night Train attack in Kaduna. pic.twitter.com/Z5DW6BE96U

Kids use mum’s phone to order, pay for big TV online, she punishes them in video