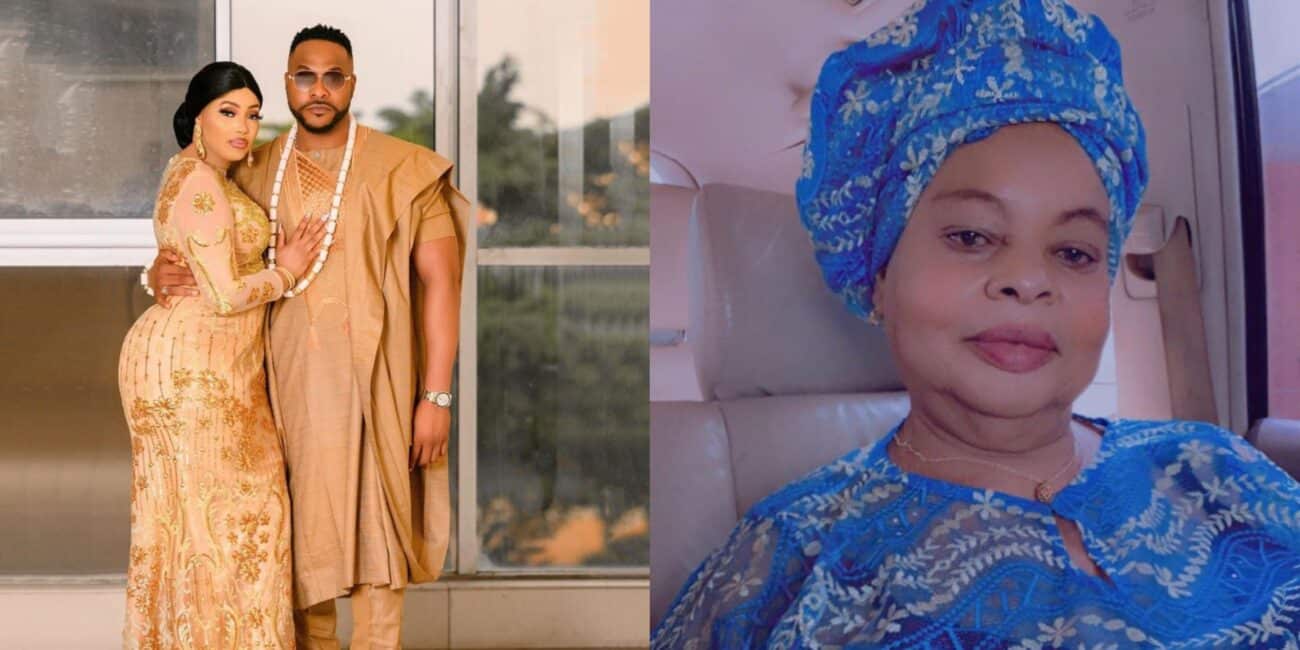 The actor and his wife, Bunmi are shattered over her death.

Taking to Instagram, Bolanle called for prayers as he announced his wife’s mother’s demise.

Bolanle Ninalowo revealed that he lost his mother-in-law on Thursday, November 11th while he was celebrating his wife.

The actor assured his wife of his love as he promised to be with her till eternity.

“A prayer for my Queen’s mom.

Through the weekend while I was celebrating my wife, she was mourning her late mom who passed on November 10th! May her gentle soul rest in peace.

@queennino_b I got you for life baby. I am here and will forever be until my maker calls. Love you Adufe”.

His wife on her part wrote,

“Rest on Mama
Will forever miss you.
God loves you more”.

In celebration of their 18th wedding anniversary on November 13, 2022, Bolanle Ninalowo had gifted his wife a mansion in the United States.

Flaunting the mansion on social media, the actor credited God for making the acquisition possible and promised to get his wife a next one in Beverly Hills.

“God did! Next am buying her a house in Beverly Hills, I am still working. Crib home and abroad.” Bolanle Ninalowo wrote

The actor’s marriage hasn’t been a bed of roses as the couple had to go through a challenging path to keep their marriage afloat.

In an interview with media personality, Chude Jideonwo, Bolanle revealed how he almost messed up his marriage with his constant cheating and frivolous lifestyle.

He disclosed that because of his shameful lifestyle, he lost control over his wife as she outgrew him.

According to him, he couldn’t call her to pick up her calls because he had lost control over her.

To get his wife back, he had to start afresh and detoxify all that he had done.

Mercy Johnson vouches for husband, Prince Odi as she and kids declare political support for him (Video)