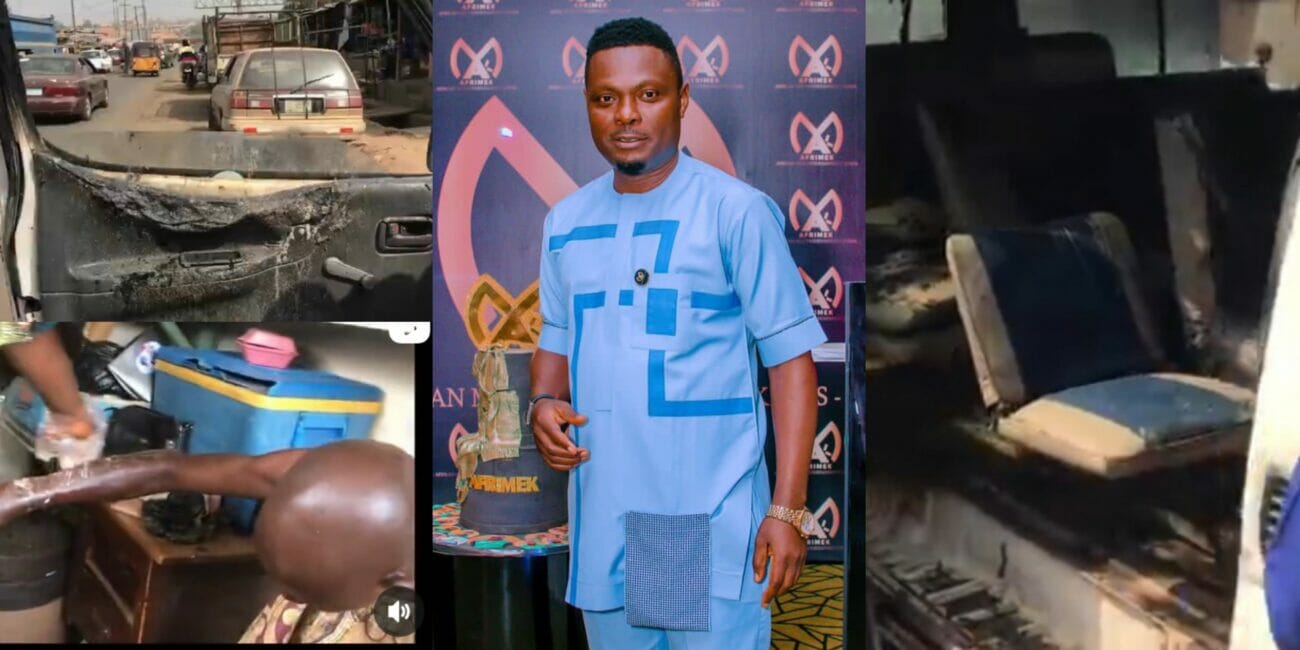 Nollywood actor, Kunle Afod is in a grateful mood after escaping death in fire accident, which left his driver brutally burnt.

Taking to his Instagram page to share his testimony, the actor revealed that a disaster happened to him on Monday, January 16th as his bus got burnt.

Though, the actor and everyone around him escaped death, his driver as well as an elder man who trued rendering help but brutally burnt.

Despite the unfortunate incident, Kunle Afod is grateful that no live was lost.

“Earlier today, a disaster tend to happen as my bus got burnt. The driver was brutally burnt by fire and also an older man who intend to render assistance was equally burnt but special thanks to God Almighty that no life was claimed”.

Charles Okocha grateful for life after surviving an accident

This is coming just a day after actor, comedian, artist, and rapper Charles Okocha better known as ‘Igwe 2Pac’ had penned a note of gratitude to God after surviving a car accident.

The entertainer who is best known for his mannerisms and style in movies took to his Instagram page to share pictures of him on a hospital bed and also short video clips from the accident scene. Charles also expressed gratitude to God for saving his life after he was involved in a car accident on the Third Mainland bridge on Sunday night, 15th January.

He wrote: ” Thankful for life. Was involved in a car accident on 3rd mainland bridge last night but GOD DID!!! We Asaaaaa still”.

The actor who took to his Instagram page to share videos from the accident scene said he was involved in a ghastly car accident on his way back to Lagos from Ibadan, where he went to inspect a portion of land.

Narrating further, he stated that a trailer ran him over and left his car spinning for almost 12 secs. Despite the unfortunate incident, Ayo Animashaun disclosed that he has learnt how everything one works for could be taken away at any moment.

“To be precise coming from where I went to inspect a portion of land in moniya Ibadan and almost back home in Lagos @magboro bus stop a trailer ran me over and left my car spinning for almost 12 secs and I saw a movie how my breath left my lungs and I had every of my journey flashed through my eyes. And split of secs. But the lesson I got that dat was anything and everything could be taking away from us at any moment WHEK you least expected it. BUT MY GOD SAVED ME AND I WILL FOREVER TESTIFY TO GOD’S Awesomeness”.