It is a tough time for Nollywood actor and comedian Osinachi Dike popularly known as Egbeigwe Apama as he loses his only son.

It was gathered that the two-year-old passed away on Tuesday morning, November 15, at a hospital in Owerri, Imo State. 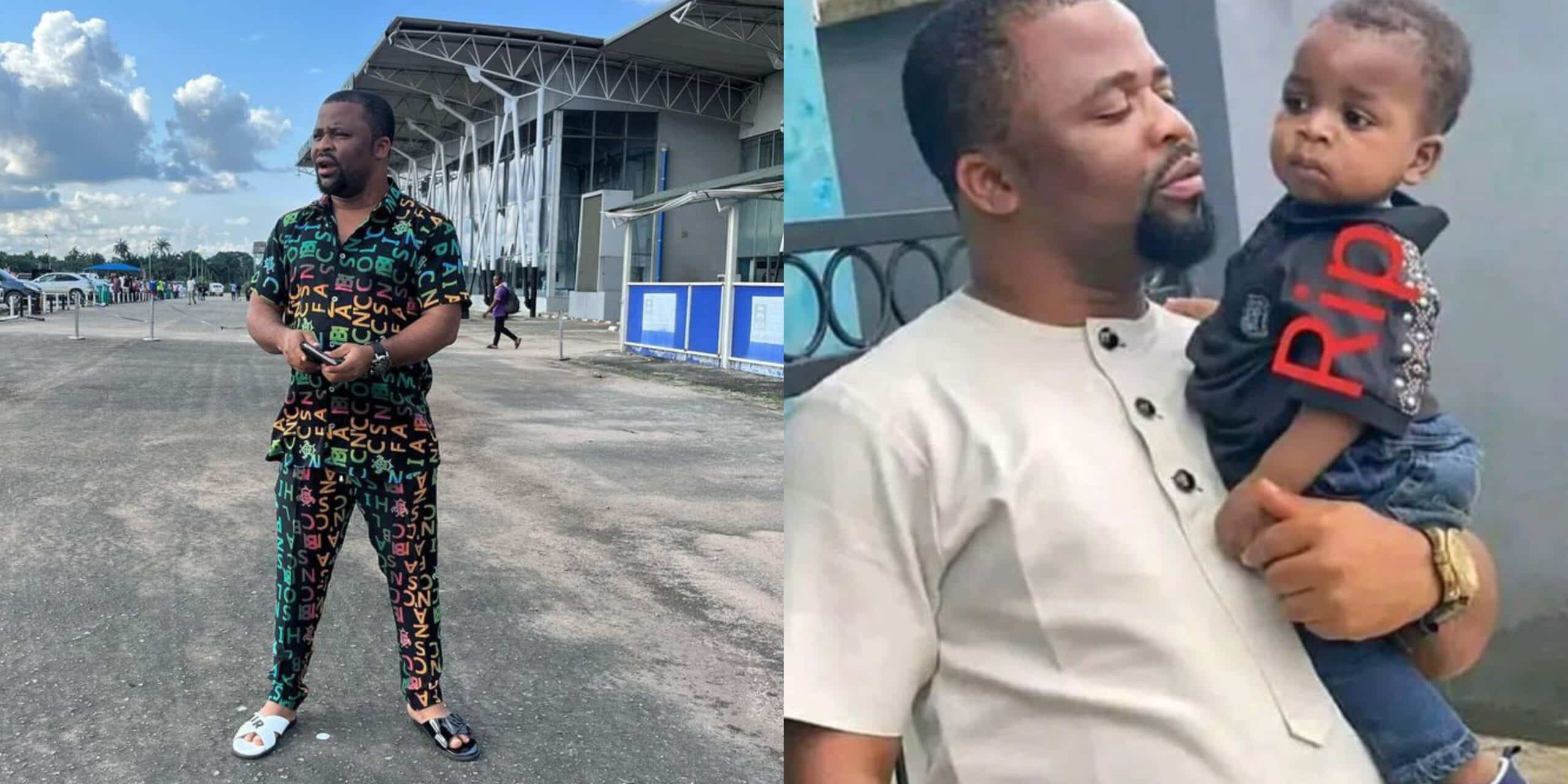 According to a source close to the family, the deceased has been battling illness.

“He died on Tuesday he has been sick”, the source revealed.

Confirming the news, Osinachi Dike took to his Instagram page to mourn his son.

Also confirming the tragedy to Instablog9ja, he said,

“It’s true, he has been sick for long. That is life of an entertainer, you make people laugh while.youre dying in pains”.

The death of his son is coming almost 5 months after he welcomed a baby girl with his wife.

The actor announced the good news on his Instagram page.

Appreciating God, he revealed that he had welcomed a baby girl.

“Thank you Jesus,is another baby girl in my house”.

According to information reaching Kemi Filani News, Ifeanyi Adeleke got drowned a few days after his third birthday which was on October 20.

A source close to the family stated, “The boy was inside water for too long and they pulled him out and rushed him to the hospital,” the family source said under anonymity to await an official statement.

He was rushed Evercare Hospital in Lekki where he was pronounced dead on arrival.

It was further gathered his parents, Davido and Chioma had traveled for a family gathering to Ibadan yesterday and had left Ifeanyi with his minders who can’t explain how he entered the pool without being noticed and drowned.