Nollywood actress, Chioma Akpotha, is promoting the rich culture of Africa on Instagram and her fans are loving it. 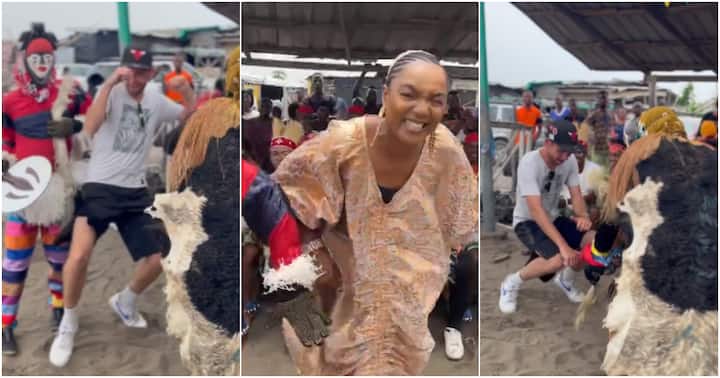 The beautiful movie star shared a video of her and a white guy, Jerome Weber, dancing with masquerades on a movie set in what looked like a feel-good situation.

Jerome stole the show as he rocked like he is used to the music and sounds of the ancestral beings despite being in Nigeria for the first time.

Chioma explained what culture means in the caption of the video and declared that she loved Jerome’s approach:

“I love how @jeromeweber jumped in and started to groove with the dance troop. Never been to Nigeria before and he absolutely loves it here. Loves the food, drinks and music. More so he is convinced I’m the best hypeman ever.”

Watch the dance video below:

Viral mum hawking pure water with twins on her back gets 2 years’ rent, shop