Actress, Mo Bimpe reacts to claims that her husband, Lateef Adedimeji was once married with a kid 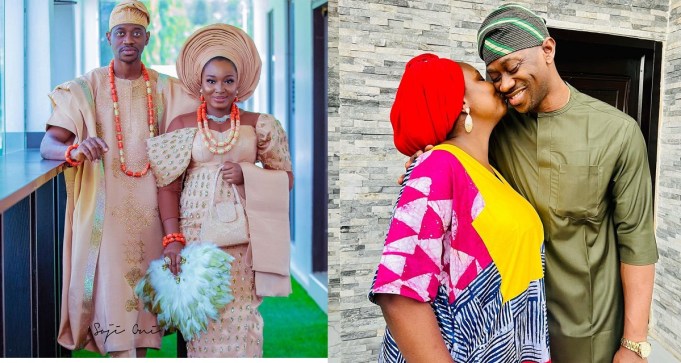 Following news that the couple were getting married in December 2021, several reports made rounds alleging that Lateef already had a wife and was marrying Mo Bimpe because she was pregnant for him. 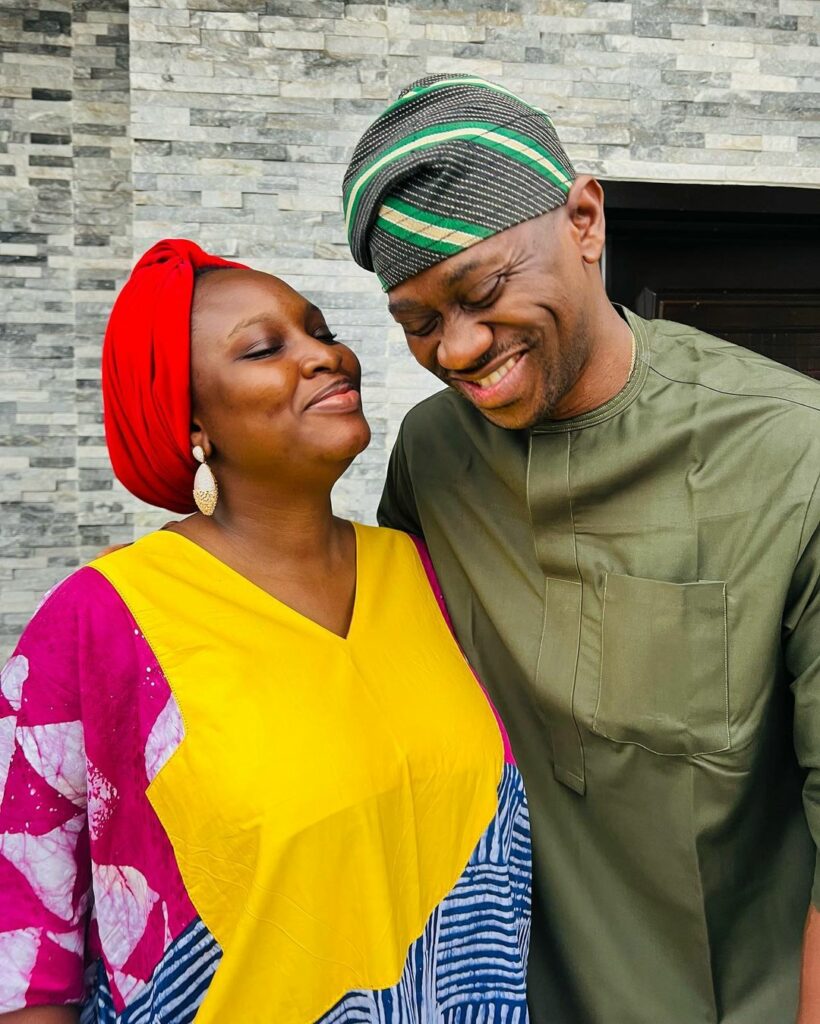 Mo Bimpe reacts
However, Mo Bimpe repeatedly cleared the air about the report and noted that she was not pregnant and was trusting God to bless them with children at the right time.

Well, the popular Yoruba actress held a question and answer session with her followers on Instagram recently and a curious follower rekindled the issue again to hear from the horse’s moth. 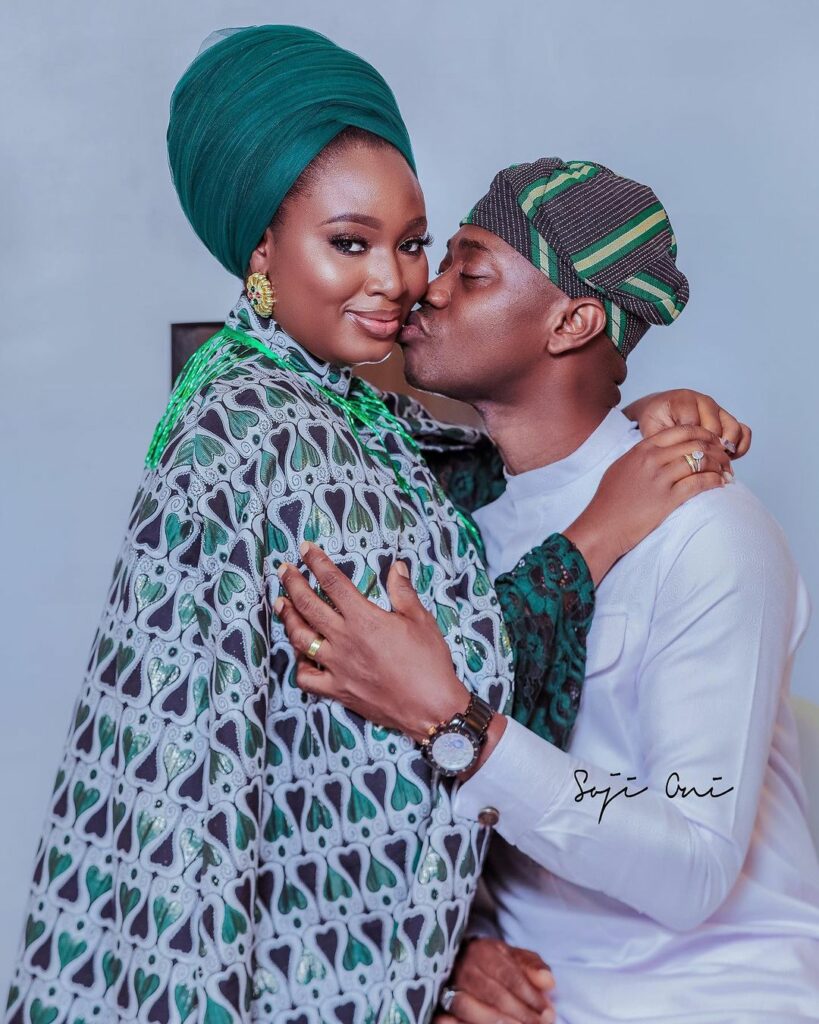 The follower asked if Lateef whom he called ‘Alhaji’ had a wife and child before they tied the knot in 2021.

In response, the actress laughed over the question and stated that her husband has never been married nor have a child with another woman.

“Really?🤣 Orishirishi🤣 He was never married and no kid yet.” 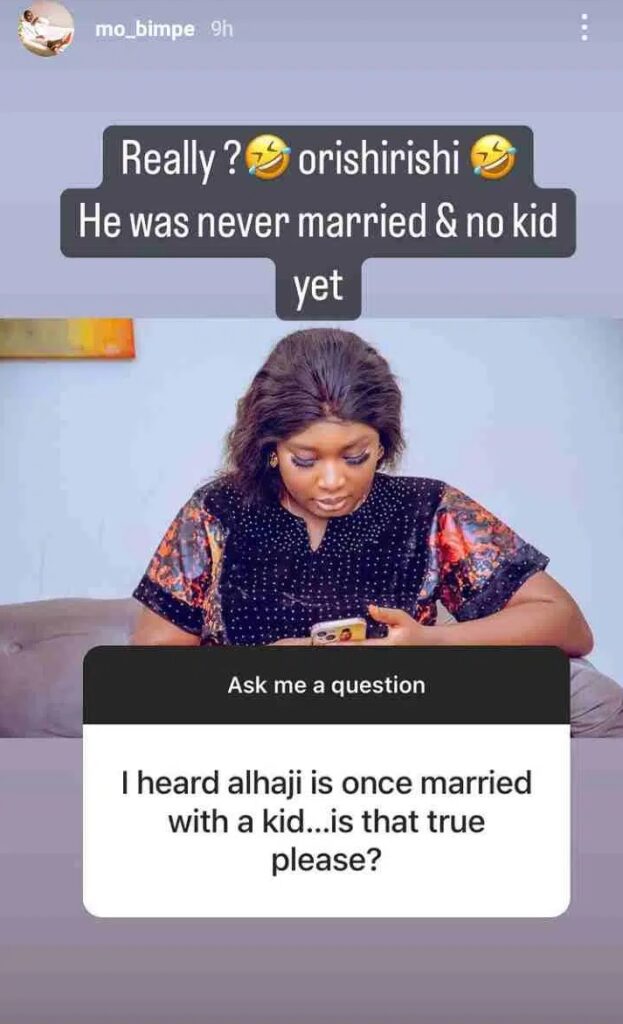 A while ago, the couple served couple goals with a video of them she shared on social media.

The thespian, who recently tied the knot with her best friend, Lateef, took to her Instagram page and urged fans to question her on a variety of topics.

A fan then seized the opportunity to ask how marriage life is.

In response, the 28-year-old declared that marriage is sweet, while sharing a goofy video of herself and her husband as proof.