Amanda du-Pont is a Swazi-born South African actress, model, and television host. Du-Pont is known for her portrayal of Senna in the CW drama series Life is Wild and Sharon in the SABC 3 comedy-drama Taryn & Sharon. Currently, she stars as Ashley in the Netflix thriller series Shadow. Amanda was born and bred in Manzini Eswatini on the 26th of June 1988. She married her lovely husband Shawn Rodriques in 2020 and ever since then the couple is inseparable. The talented actress studied Film and acting at New York Film Academy. 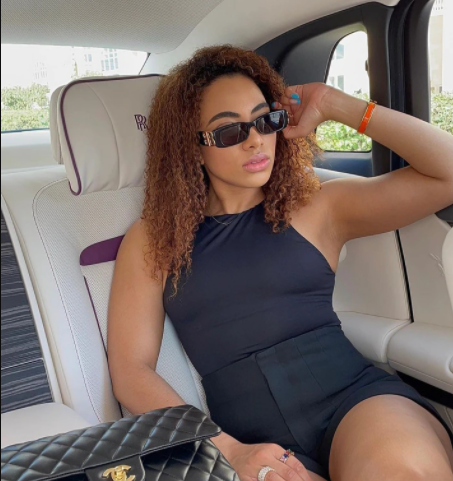 Amanda went to her Instagram page and posted a beautiful picture with the caption ” Dubai, UAE ” It seems like the actress is currently in Dubai having the best time of her life. The pictures are breathtaking as she looks absolutely stunning. What do you think of Amanda’s beautiful pictures enjoying herself, do you envy her? Please leave your thoughts here ,like the article and share with other readers.