“America will level you” – Actress, Dayo Amusa laments as she’s forced to carry rice on her head in the US 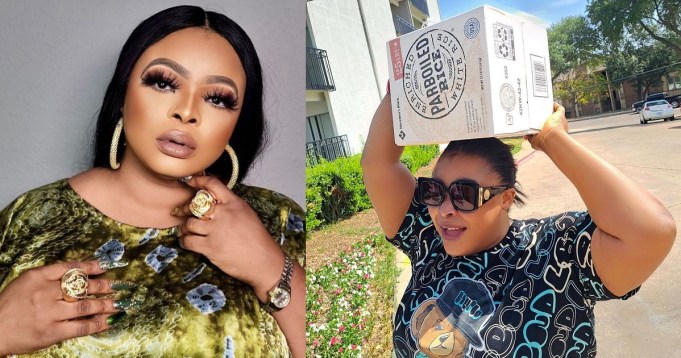 According to her, such a thing can never happen in Nigeria because she has someone to help with menial activities or at least someone would have offered to help her.

Dayo Amusa laments
However, in the US, she’s left with no choice but to carry her load by herself because she doesn’t have a help.

She added that America will indeed humble you because their system doesn’t respect your celebrity status as a Nigerian. 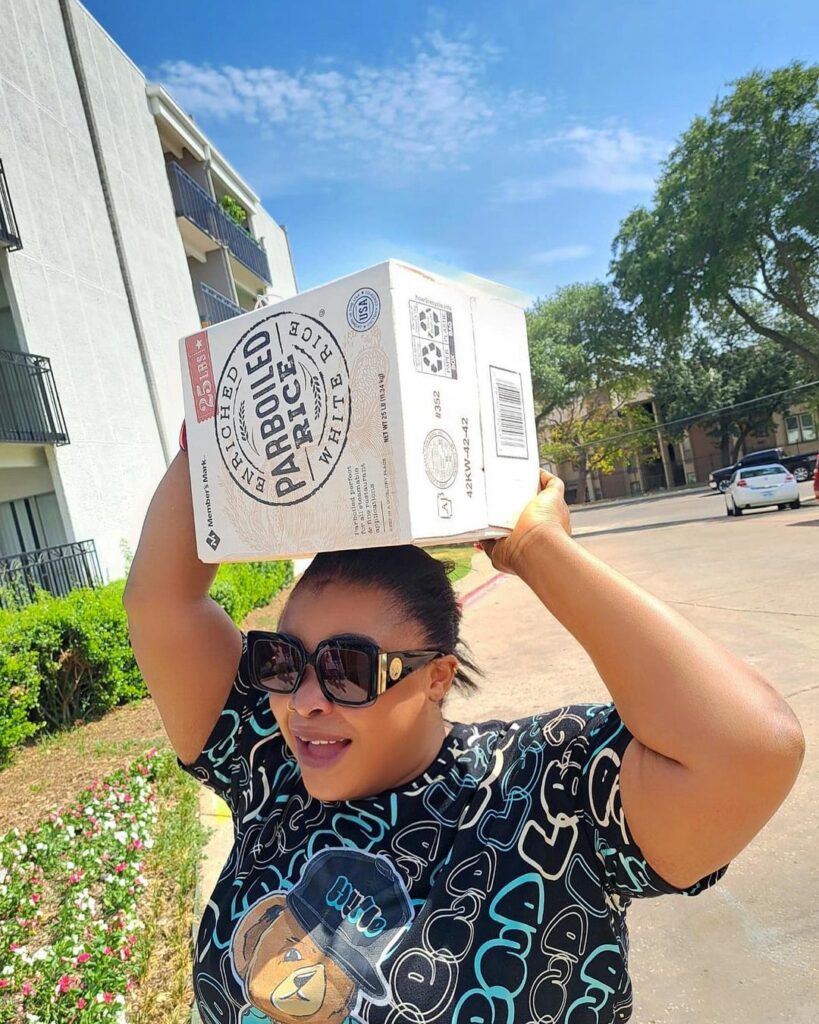 Amusa shared a photo of herself carrying rice on her head and wrote, 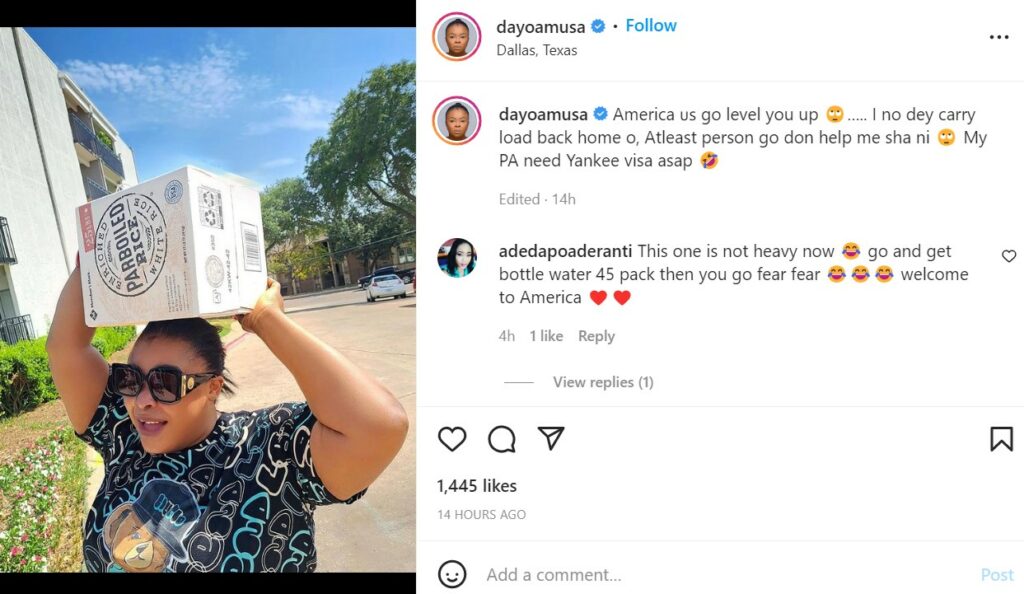 A while ago, Dayo Amusa took to Instagram to share a thought-provoking piece about the value of money.

The 37-year-old actress opined that money would be worthless if everybody is rich. According to her, the only thing that gives money value is because some people have it, while others don’t.