Another 10 years to be faithful: Annie tells 2baba to vow he won’t cheat anymore

Mission Impossible: Reactions As Annie Tells 2baba to Promise He Won’t Cheat on Her for the Next 10 Years, Annie Idibia shared a post in which she revealed that she and the African Queen crooner, 2baba, have renewed their marital vows. 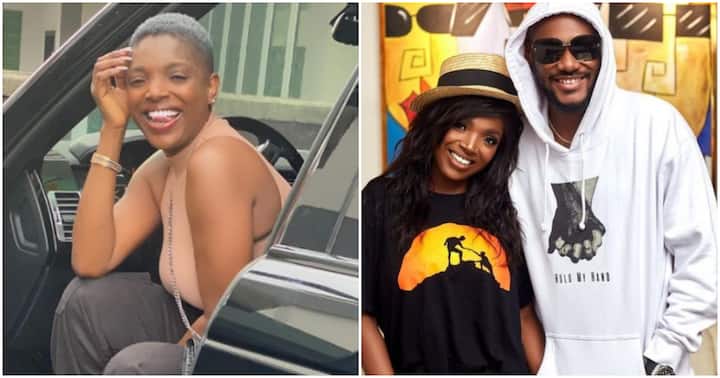 Annie said the move was part of the intimate celebrations for their 10th wedding anniversary. The ten years however has not been without drama, especially on the issue of infidelity.

Stay faithful for the next 10 years

In a video sighted on Instagram, at what looked like a get together for the anniversary celebration, Annie asked her man to make a promise.

The actress told 2baba to promise that he would be faithful for the next 10 years in their marriage and not cheat on her.

One of the guests at the table, Tania Omotayo could not hold herself from laughing as she looked away, knowing such a promise would be hard to keep.

“This Annie is going through a lot sha!…. Girl, u chose this life with an open eye!”

“It’s not that hard to keep your preek in your pocket because I don’t understand how your partner will be begging for faithfulness.”

“Been with the man for about 20yrs, e no change. Is it another 10yrs you expect him to? You don’t beg people to change for you.”