Another failed performance for Andile Mpisane. See as the crowd just keeps quiet

Being rich doesn’t automatically give you a pases to everything in life, for example, you can’t purchase talent, for you to be able to sing that has to come naturally, and it seems Andile Mpisane son of Millionaire businesswoman Shauwn Mkhize, has often been accused of trying to buy talent, and this came after he started making music, as at first he was a rapper then transitioned to becoming a Gqom artist. 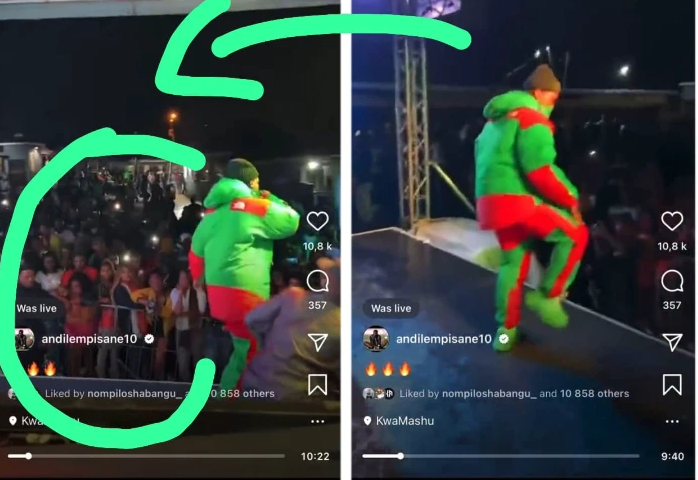 Speaking of Andile Mpisane, it seems once again he has managed to make it to the trending list of things and people in South Africa, and this comes after a video of him performing started getting shared all over social media.

In the video, Andile could be seen heading on stage to perform his song called “Makhwapheni” which has been somewhat of a hit. As he was performing it seems that the crowd was displeased with him as non of them were screaming or dancing in the crowd, they were just standing there and just watching him as he performed.

If you’re always on social media, then you’ll know that this isn’t the first time this has happened to Andile. A few months ago he performed in a club and he did not get a reaction from the crowd there as well.

In the comments of the video a lot of people were left questioning, why this could be happening to this young man, do people hate his music or do they dislike him. Well, people in the comments were saying that maybe people just think he is spoilt since he comes from a wealthy family, or maybe people just do not like the way he shows off his family’s wealth.

Although Andile tries, it just seems like people do not want to accept him into the world of music and entertainment. The question that remains now is whether will he ever be accepted as a musician?

Content created and supplied by: Current_Affairs_SA (via Opera News )