In the messages sent to him via Instagram, the Nigerians ordered him to apologize to their ‘sister’ or he sees their wrath. 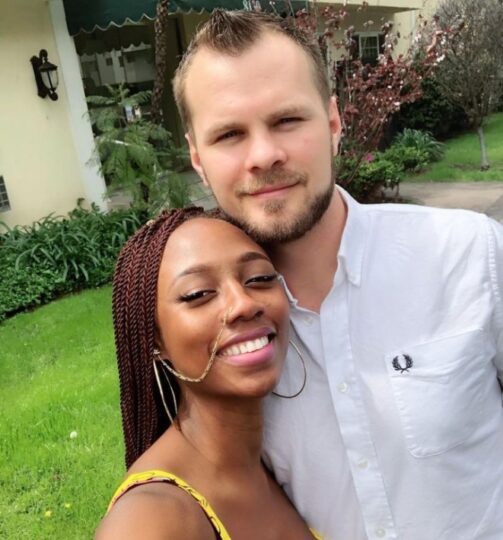 Sharing screenshots of the messages, the father of two says this isn’t the first time he has been threatened with “juju or black magic”.

See the chats below, 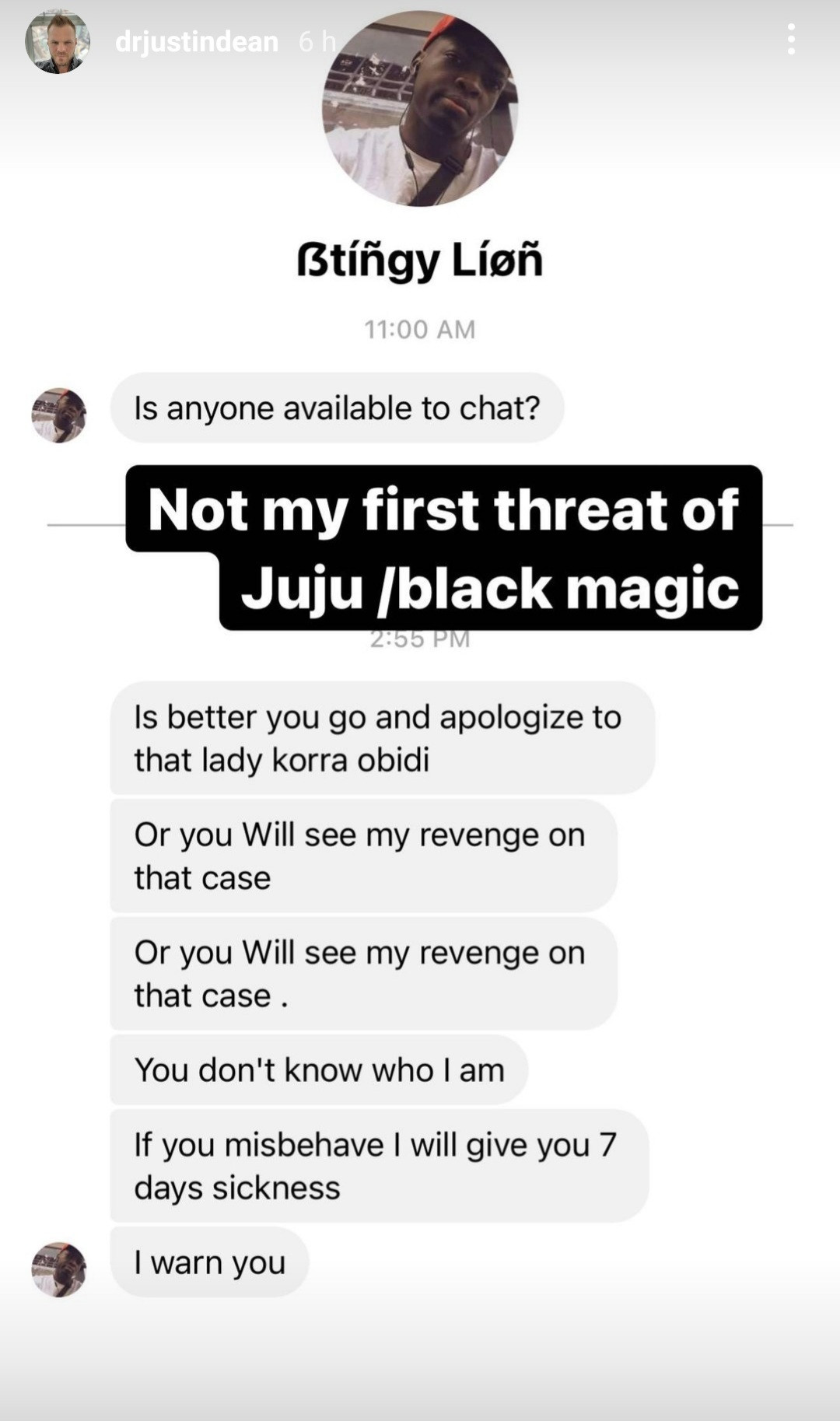 Meanwhile, Korra Obidi has written an interesting quote about heartbreaks, which has now been termed “breakfast” by Nigerians.

Taking to her Instagram page on Thursday, April 7, the entertainer who recently got separated from her husband, Justin Dean, stated that every heartbreak will eventually turn to a waste product that would be ejected from one’s system.

According to the mom of two beautiful daughter, she has moved on from the heartbreak she suffered.