AY Appreciates Wife Over birth of their son: Thank You for the Sacrifice, for Ignoring the Naysayers

AY Appreciates Wife Over birth of their son: Thank You for the Sacrifice, for Ignoring the Naysayers, Still reeling in the excitement of being a father for the second time, Ayo Makun who is better known by his stage name, AY, has appreciated his wife, Mabel. 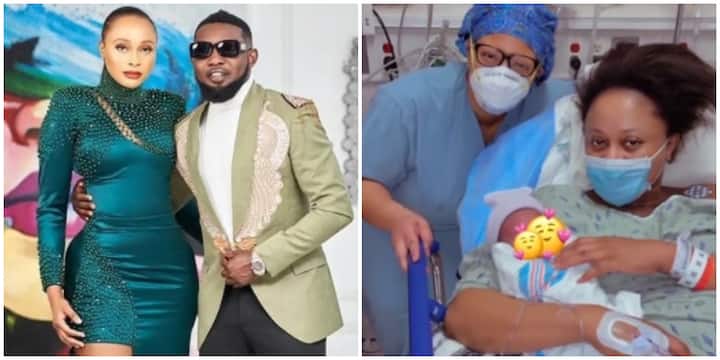 The famous comedian and actor, in a lengthy Instagram post, talked about all the things women go through in the course of their pregnancies, adding that ‘the word sacrifice should be a common theme when people think of motherhood.

He went on to appreciate his wife for all the sacrifices she had to make in preparation for the birth of their son, Ayomide.

“@realmabelmakun, no one knows our story in the last 13 years like we do. But I especially want to thank you for everything. Thank you for ignoring all the naysayers. Thank you for taking time off your numerous interior jobs at home and abroad to prepare for Ayomide, thank you for sacrificing all your endorsements/influencing opportunities in the last 1 year. Thank you for the sacrifice of your precious time, your energy, your sanity, your sense of identity and everything else that makes you the true queen that you are. More importantly, we thank God for the joy and beauty of motherhood that overwhelms all our challenges.”

AY gives update on daddy duties
Following the joyous announcement, the actor has taken to his page with a video as proof that he does everything in the house.

AY who had just served his wife breakfast in bed cleared up the plates and revealed that he has been the one doing the cooking, changing diapers, as well as holding the baby while his wife sleeps.

He continued by saying that if they were in Nigeria he would get people to do the work and some volunteers would even come forward.

Age Is Just a Number, Lady Says She Can Settle For Any Man

Oba of Benin and Youngest Wife, Queen Aisosa, Pose in Adorable Pictures With Their Set of Quadruplets