Supportive Baby Mamas: Chioma, Amanda and Sophia Show Up for Davido With Their Kids, They Look Hot and Pretty, All roads led to the popular O2 Arena in London on Saturday, March 5, as thousands came out to watch their favourite singer, Davido, live in action. 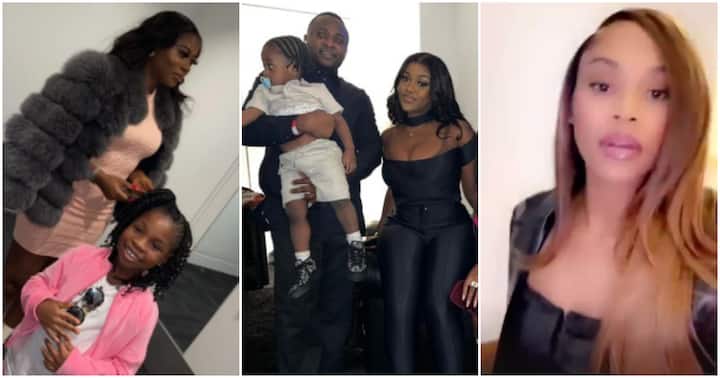 Family and friends from different parts of the world also flew into the UK to celebrate with the singer and his baby mamas were not missing in the picture.

Recall that we reported Chioma and Ifeanyi had jetted out to London days before the show after Davido sent his private jet to pick them up.

Social media observers had been wondering if Sophia Momodu and Amanda wouldn’t be attending the show since they didn’t share any updates on their pages.

Well, many were pleasantly surprised on the D-day as all three mothers of the singer’s children showed up for him at the O2 Arena.

The ladies were all looking pretty in outfits specially chosen out for the night.

Check out a video of Davido’s second baby mama, Amanda below:

Sophia Momodu and Chioma were also present to represent the 30BG clan.

See their pictures below:

“It’s Davido’s consistency for me .”

“Davido for the baby mama dem ❤️. Equal love to all his baby mamas.”

“You see you guys didn’t see how @laplubelle is with her outfit, such a quiet human mama hailey. I love that girl ooo.”

“Wisdom truly is more profitable. Since sophy gave David a birthday gift she’s been on his good book. Nice to see her there too.”