Top Nigerian actress Mercy Johnson Okojie recently got her fans talking on social media after she danced to singer Kizz Daniel’s latest song, Buga. Taking to her official social media page, the mother of four posted a video of herself on a movie set dancing to the viral song. 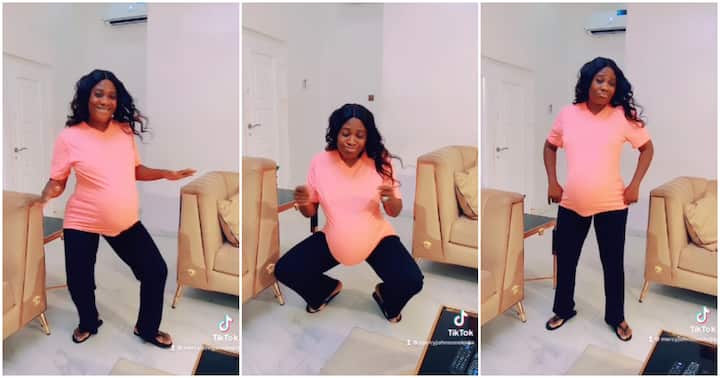 Mercy was spotted with a big baby bump as she joined the viral social media challenge.

The mother of four was seen doing the popular steps of going down low then coming back up with shoulders raised high.

See the viral video below: .

Little Girl Has Mzansi Laughing Out Loud After Saying She Wants a Boyfriend in Video: “Haibo Ngane”