BBNaija Reunion: He Has a Good Taste, Michael Speaks on Whitemoney Hitting on Jackie B After His Eviction

BBNaija Reunion: He Has a Good Taste, Michael Speaks on Whitemoney Hitting on Jackie B After His Eviction,

The Big Brother Naija (BBNaija) reunion for Shine Ya Eyes housemates has commenced, and fans are anticipating the dramas that will follow on social media. 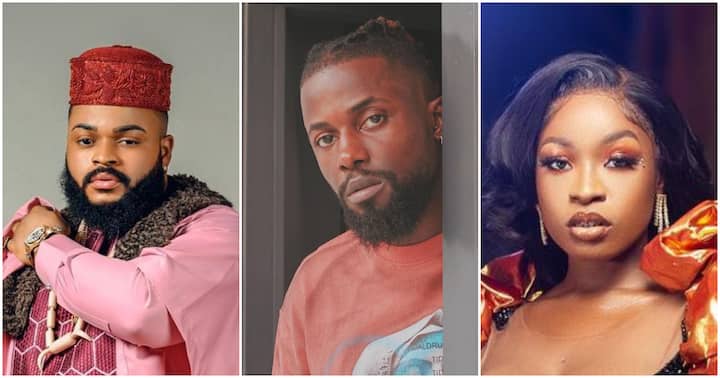 In a video from the reunion that went live on Thursday, July 2, the reality show host Ebuka Obi-Uchendu asked Michael if he was shocked about the relationship between Whitemoney and Jackie B since he had a thing going with her before he was evicted from the show.

Michael, in response, said he wasn’t shocked by Whitemoney hitting on Jackie B right after his eviction, adding that the BBNaija Shine Ya Eye winner “has good taste.”

Whitemoney, who was excited about Michael’s response, could be seen giving him a thumbs up.

Many have since taken to social media to hail Michael over his response to Ebuka.

some of the messages, see them below:

“Michael is a matured guy o even Jackie they are made for each other Abeg.”

“Loving mike already, that is maturity right there.”

“As long his woman know herself as well, he got nothing to worry about.”

Who is my daddy? Baby becomes confused when she sees her father’s twin in video