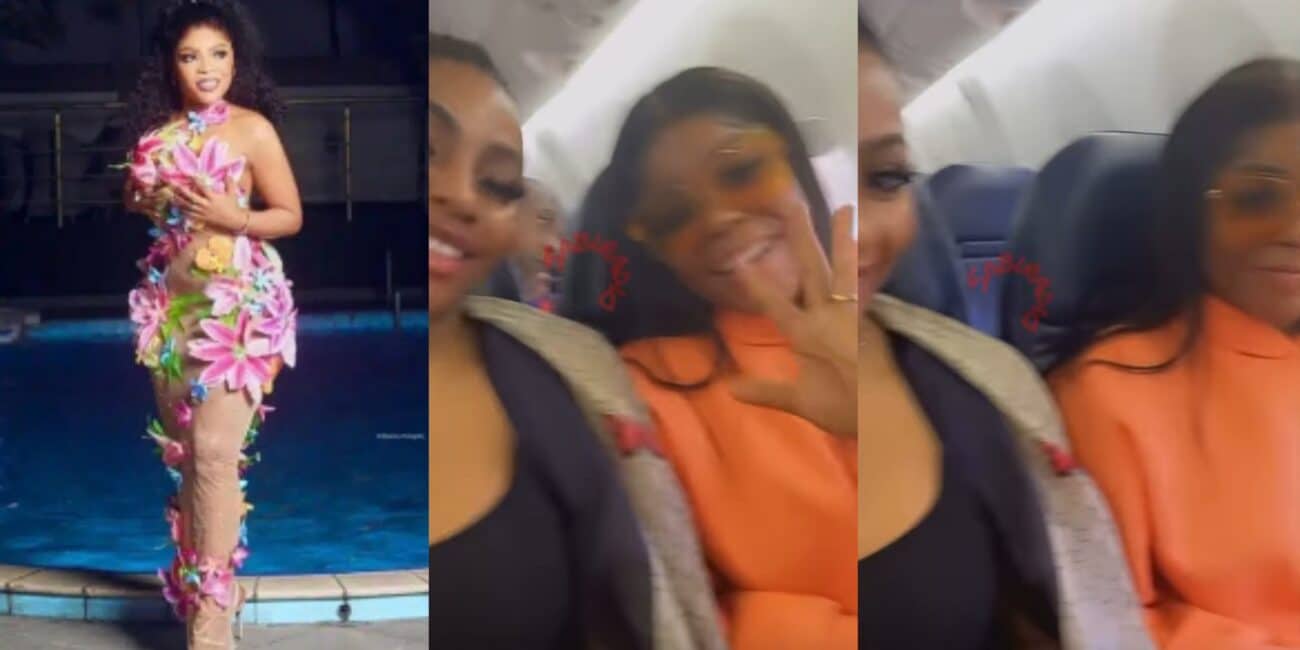 Big Brother Naija ‘Level Up’ finalist, Chichi has come under fire after she was caught flying economy with pepper Dem winner, Mercy Eke.

Recall that during their Pepsi trip to South Africa, Chichi had flown first class and had rejected the economy ticket, because it isn’t in nature.

Taking to comment section, BBNaija’s fans queried the reality star on her choice of flight.

Mocking her, one Oke Oluyemi wrote, “First class was fully booked so she had to manage economy…don’t ask her

One Barbie wrote, “Why is trophy gal flying Economy

One Zika wrote, “Is that not Economy nonsense

One Jja wrote, “I thought we said we don’t fly economy

“I thought she said she cannot fly Economy ni”.

Kemi Filani news reported that Chichi had explained why she rejected flying economy class with her colleagues.

The Level Up housemates were on a weeklong trip to South Africa. The trip which was sponsored by Pepsi, had all housemates on Economy except for Beauty and Chichi.

Explaining why she didn’t fly economy class with the rest, ChiChi stated that she isn’t used to it.

According to her, this wasn’t about her being proud or anything, but she doesn’t fly economy.

This isn’t surprising for fans and lovers of Chichi, as she earlier revealed that she doesn’t charge less than 20m for brand endorsement.

In other news, Chichi, had left tongues wagging after she announced what she charges for influencing.

News hit socials that the reality Tv star had rolled out her charges and terms for partnership with brands.

As stated in the memo, BBNaija Chichi revealed that she will be charging N20 million for a 1-year brand-influencing contract, while N12 million will be charged for 6 months.

In her words: “Chichi of BBNaija is charging 20 million Naira for 1 year influencing??? God Abeg oooo”.