List, Photos of the Beautiful Wives of Late Alaafin of Oyo, Recently, some Alaafin’s picture with 7 of his beautiful, fair-skinned, younger wives went viral on the Internet and it became a topic of discussion as all the wives looked pretty in similar attire. 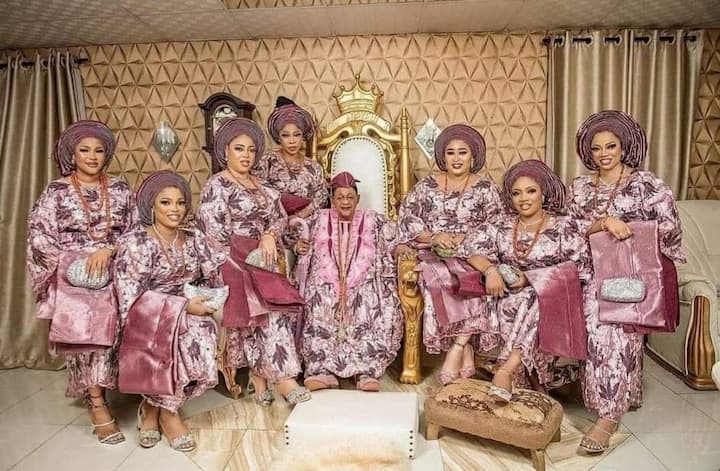 They were all gaily dressed in the same outfit with similar shoes and bags to complement their outing.

Some of the wives listed below: 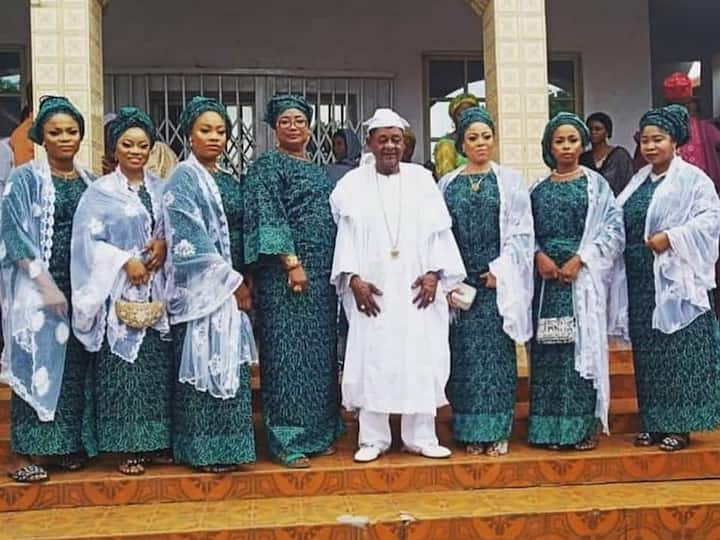 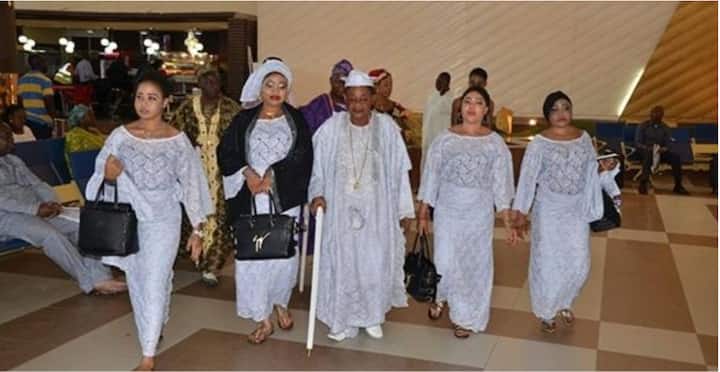 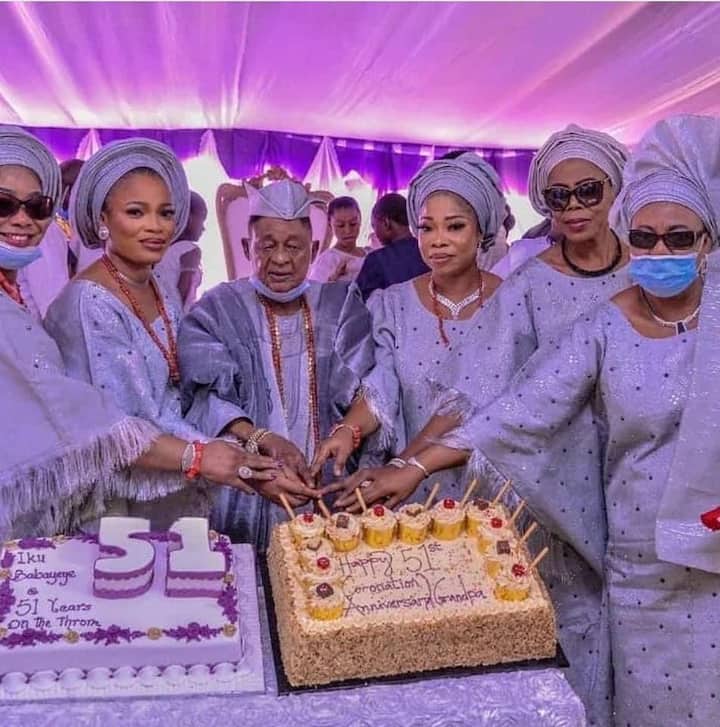