Actor John Kani on MacG’s ‘Podcast & Chill’: ‘I Earned R22 a Week Assembling Engines at Ford’s Plant in PE’, Dr John Kani’s appearance MacG’s show “Podcast & Chill” caused a stir in Mzansi for all the right reasons. Many fans of the popular podcast, known as “chillers” enjoyed the 78-year-old’s stories about his life. 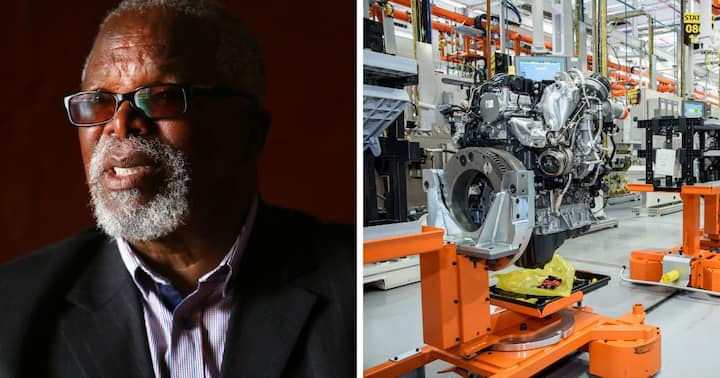 The veteran actor spoke about many topics but the one that caught our attention is that Kani assembled engines for Ford Motor Company. He made reference to the huge wage gap between the white, coloured and black workers at the plant in Struandale.

The Black Panther star was talking about how the restrictive laws black and coloured people were subjected to by the repressive apartheid regime on the podcast.

He recounted how the ‘Minimum Wages Act of 1925’ made it law that certain jobs were designated for whites and that salaries for black people were capped to a certain number.

According SAHistory.org the act led to a form of job reservation and promoted white employment.

“I started working in 1965 at Ford Motor Company assembling engines. We do the same job, it’s on the assembly line, Neuwehoudt was white who earned about R750 a week, the coloured guy would get about R150 a week, I’m on R22 a week.”

Single mom builds parents a home worth R354 000, surprises them in sweet photos