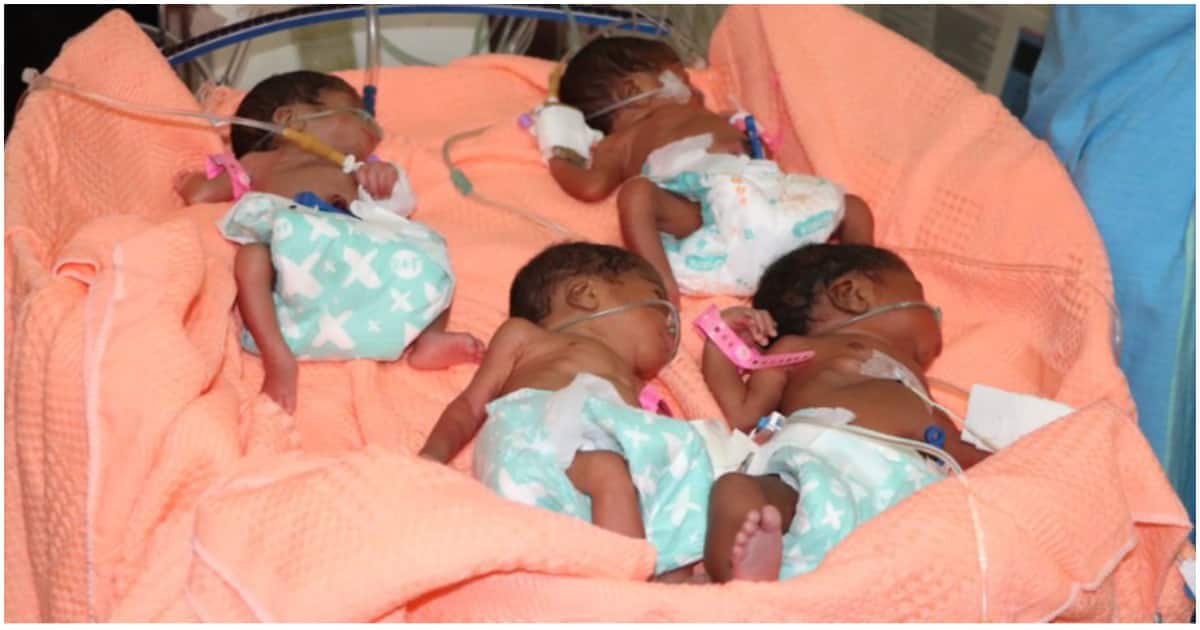 Christine Mulongo expected to deliver triplets as earlier indicated by a scan.

She started experiencing early pains a month before her due date, which saw her rushed to the hospital when she received good but shocking news.

It was too late

She said officials wanted to refer her to another hospital when they realised she would deliver four babies. 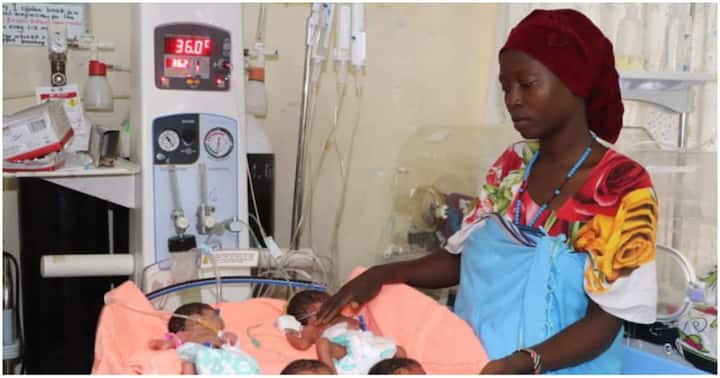 “I told them it was too late because I could feel contractions. That is when they decided to help me deliver,” she stated as reported by Nation Africa.

I could not believe it

After delivering her first three babies, Mulongo thought all was over until her midwife asked her to touch her belly.

“She asked me to touch my stomach and I could feel there was one more baby. I could not believe it and I even insisted that I had only been told that I was carrying triplets,” Mulongo highlighted.

Mulongo’s quadruplets Mary, Magdalene, Joseph and James weighed 1.3kilogrammes, 1.6 kilogrammes, 0.9kilogrammes and 1.1kilogrammes after birth and had to be transferred to Msambweni Referral Hospital for further medical attention.

Mulongo and her husband, Edward Kiroro, said that taking care of the quadruplets would be a challenge despite the wonderful blessings of the bundles of joy.

They were parents to three other children, and the cost of raising the kids, buying diapers and more bottles of milk formula is high.

I can’t support my kids

Mulongo said her breastmilk was not enough for her four babies and would need to add the milk formula to satisfy her kids.

The 25-year-old added that she needed at least three diapers every three hours.

Mulongo’s 42-year-old husband Kiroro had stopped working after being attacked and injured by a gang.

“I cannot support my own children. I would have worked harder, but the injury on my hand is still fresh and this is deterring me from working to raise enough money,” he mentioned.

“Thank you for loving me”: King Monada pens sweet tribute on wifey’s birthday

Singer Mr. Eazi and fiancée Temi Otedola share their thoughts on what their wedding will look like (video)