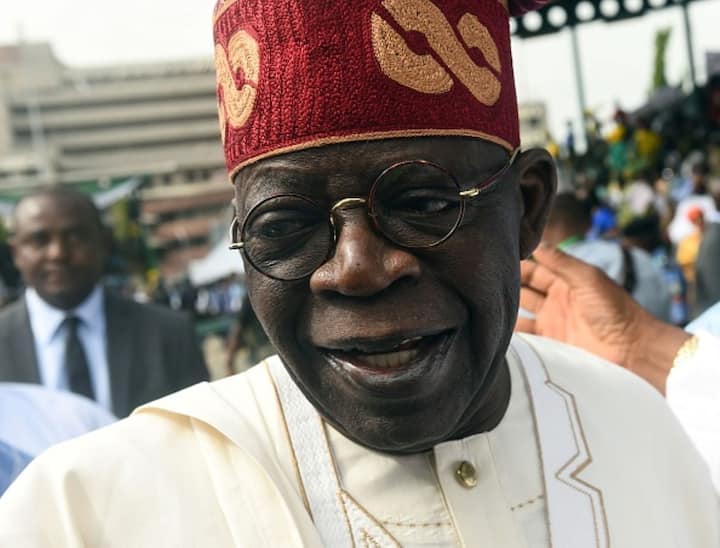 Leadership newspaper reports that Tinubu was represented at the event by Dr. Obafemi Hamzat, the deputy governor of Lagos state.

Speaking through Hamzat, Tinubu urged government support for strategic industries that would employ young people and unleash their productive capacity.

He said that government backing of strategic manufacturing and industries would open the door wider to youth-owned start-up businesses.

“National industrial and employment policies must jump from the pages of documents and come to real life.

“This will help to reform the society to improve the economic prospects of young people in it.

“We need a new more convivial way, a way that gives you the right start at a fair chance of durable prosperity.”

He added that no longer should our national compass remain pointed towards poverty instead of prosperity and towards lack, instead of abundance.

The Guardian newspaper reports that honorary doctorate degrees were conferred on some prominent Nigerians at the event.

Daily Trust newspaper reports that the rank of Emeritus Professor was conferred on distinguished Professor Peter Akinsola Okebukola, the chairman of council of the National Open University of Nigeria, and on the council and board of trustees of 10 universities across the world.

The event was graced by important personalities and monarchs including the Emir of Kano, Alh. Aminu Ado Bayero, white cap chiefs, and other traditional rulers.

Meanwhile, with a Cumulative Grade Point Average (CGPA) of 4.97 over a scale of 5.0, Benjamin Damilare Olowu became the overall Best Graduating Student at the 25th LASU convocation.

According to the Lagos state government website, the valedictorian, who hails from Epe local government area of the state, finished from the Department of Mechanical Engineering with the highest grade point in the faculty’s record.

Northern Christian clerics pray for Tinubu ahead of 2023 presidential election

Meanwhile, some Christian clerics under the auspices of Northern Clergy and Christian for Tinubu 2023, on Thursday, March 24 held a prayer session for Tinubu at the Unity Fountain, Abuja.

The Christian preachers said the decision to pray for the presidential ambition of the former Lagos state governor was informed by the Holy Spirit.

They offered prayers for the will of God for Senator Tinubu’s presidential ambition to come to fruition at the rally which was also well-attended by their followers.

Why didn’t you say hi? Imade asks Davido why he is not greeting passersby