Grammy 2022: Angelique Kidjo Wins Award for Best Album, Beats Wizkid, Others, Angelique Kidjo has won in the best global album category at the 2022 Grammy Award, a position Wizkid’s Made in Lagos was vying for with others. 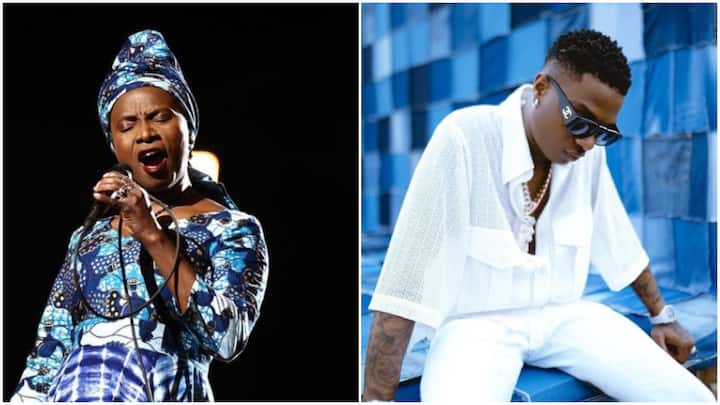 During her speech, Angelique said it is a big win for Africa. It should be noted that the Mother Nature crooner has won the Grammy many times in the past.

Many times a winner

According to a biography on her official website, her album DJIN DJIN won a Grammy in 2008 for Best Contemporary World Album.

The legendary singer has toured all over the world to give electrifying performances.

Albums and people in the category are as follows:

Below are some of the reactions from mostly Wizkid’s fans on Twitter when the news broke:

“Wizkid no win? Ehya, maybe next time he’ll win but at least he has one from last year’s Grammy.”

“You’d be very silly to think #GRAMMYs is an honest award show.”

“Everyone knows that Wizkid is rubbed, but we move. He made the biggest music and biggest album out of Africa. Everyone knows.”

Man throws new clothes on mum, sprays her money in clip, many condemn his action

Fans storm Lizzy Anjorin’s home with over 30 cakes, ‘paranran’ on her birthday