Brillant teen gets admissions from 49 US universities & over N540m scholarships

18-Year-Old Student Gets Admissions From 49 American Universities, Over N540m in Scholarships, An 18-year-old teenager in America, Makenzie Thompson, has made the news for getting admission offers from 49 schools. 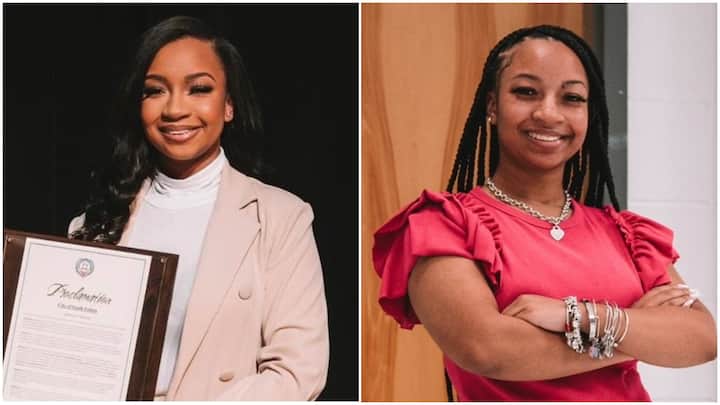 CNN reports that the teenager never set out to apply to many schools until she attended college fairs and got fee waivers.

Speaking with the media, Makenzie said that the experience she is getting so far is good as it shows a reward for all her hard work.

The teenager mentioned that her family is happy with the acceptances and her over $1.3 million (N540,150,000) scholarships.

The 18-year-old, who has been a bright student in secondary school, credited her sterling performances to strict time management.

“Without time management, or knowing how to multitask, I wouldn’t have been able to do anything.”

She decided to study animal science

Anne Hampson Boatwright, the PR manager at Fulton Country School, confirmed the amount of admission and scholarship the teenager got.

Out of the admissions she got, Makenzie went to Tuskegee University because she said the school’s campus makes her feel at home.

The brilliant girl stated that she would be studying animal science, adding that she hopes to meet new people and get on fresh tasks, 11Alive reports.

Portable angrily fires his manager, DJ and promoter, lambastes them in video