I Don’t Believe Any Girl Loves Me Because of My Grandma: Burna Boy Says, Shares Cute Photos of Grandmother, Popular Nigerian singer, Burna Boy has shown fans on social media that he is also a grandma’s boy, going by his recent post. 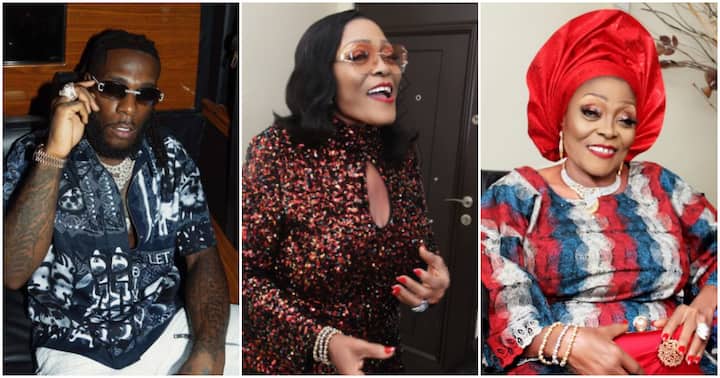 Taking to his official Twitter page, the Twice as Tall crooner shared a series of photos of his grandmother and accompanied them with a sweet caption.

According to Burna, his grandma is his everything. He added that she is probably the reason he does not believe any girl loves him because he already knows what it feels like.

The singer who was also in Amsterdam said that all he could think about was how he needs his grandmother with him everywhere he goes. However, he noted that the old woman would not be able to handle people screaming and touching him without crying out of genuine fear and love for him.

“My Everything!! She is probably the reason I don’t believe any girl Loves me. I know what true love feels like.. Grandma’s Love.”

“Just in Amsterdam doing sound check and all I can think of is “I need my grandma everywhere I go” but that woman cannot understand/handle fans screaming and touching me, or seeing me stressed without crying so hard out of genuine fear and love.”

See his tweets below:

My Everything!! She is probably the reason I don’t believe any girl Loves me. I know what true love feels like.. Grandma’s Love. pic.twitter.com/nbFzabQqWg 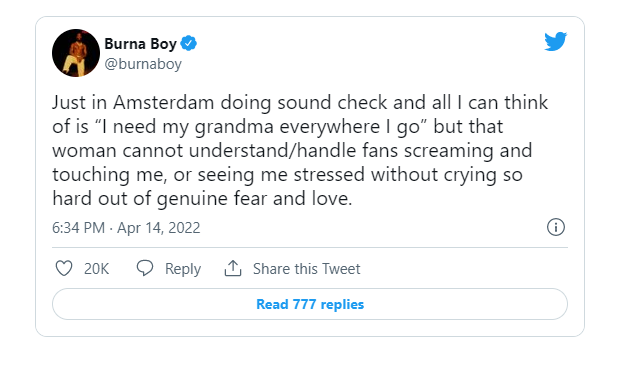 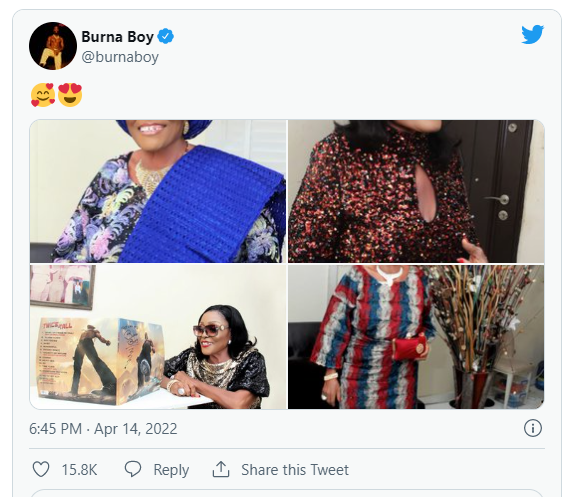 Not long after Burna Boy shared snaps of his grandma online, numerous fans commented on how beautiful she looked.

“You don’t believe any girl loves you because of your grandma’s true love for you? Awwwn, just marry your grandma jare, na only she fit give you true love .”

“I somehow think Burna is a mummy’s boy sha.”

“The only thing in my head now is when she said “Bose a fe be mi pa” when he bought her Hermes bag.”

“And she is so beautiful !”