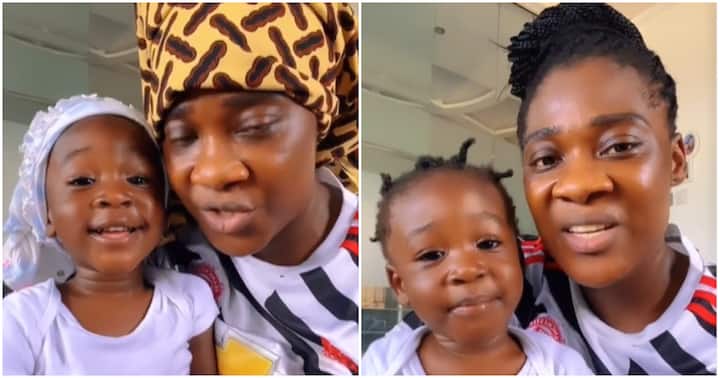 The actress humoured her fans and followers on Instagram with yet another hilarious video but this time around it was just her and the last born child of the family.

The Nollywood actress did most of the work as her daughter was almost oblivious of what was being created.

“This your baby na your carbon copy!”

” I am watching this Episode right now.. Seasons 22 episode 6… I am Obsessed with this Series. Love me some Janifa’s Diary.”

” mercy abeg leave me oooo . Your face took me off.”

“@funkejenifaakindele has succeeded in putting smiles on our faces with her amazing acting skills for many years .”

“The black stars are there to score the super eagles so have fun before they ruin your night .”

He broke up with me because of my long legs, tall lady shares her look in video