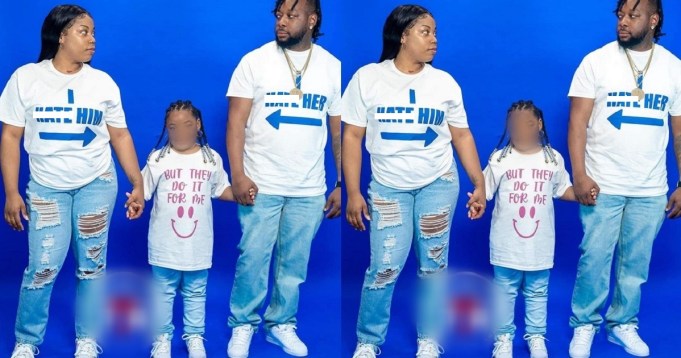 In the viral photo, guessed to be from a birthday photoshoot of their little daughter, the co-parents both donned matching shirts, jeans, and sneakers to match. However, the inscription on their shirts caused a stir. 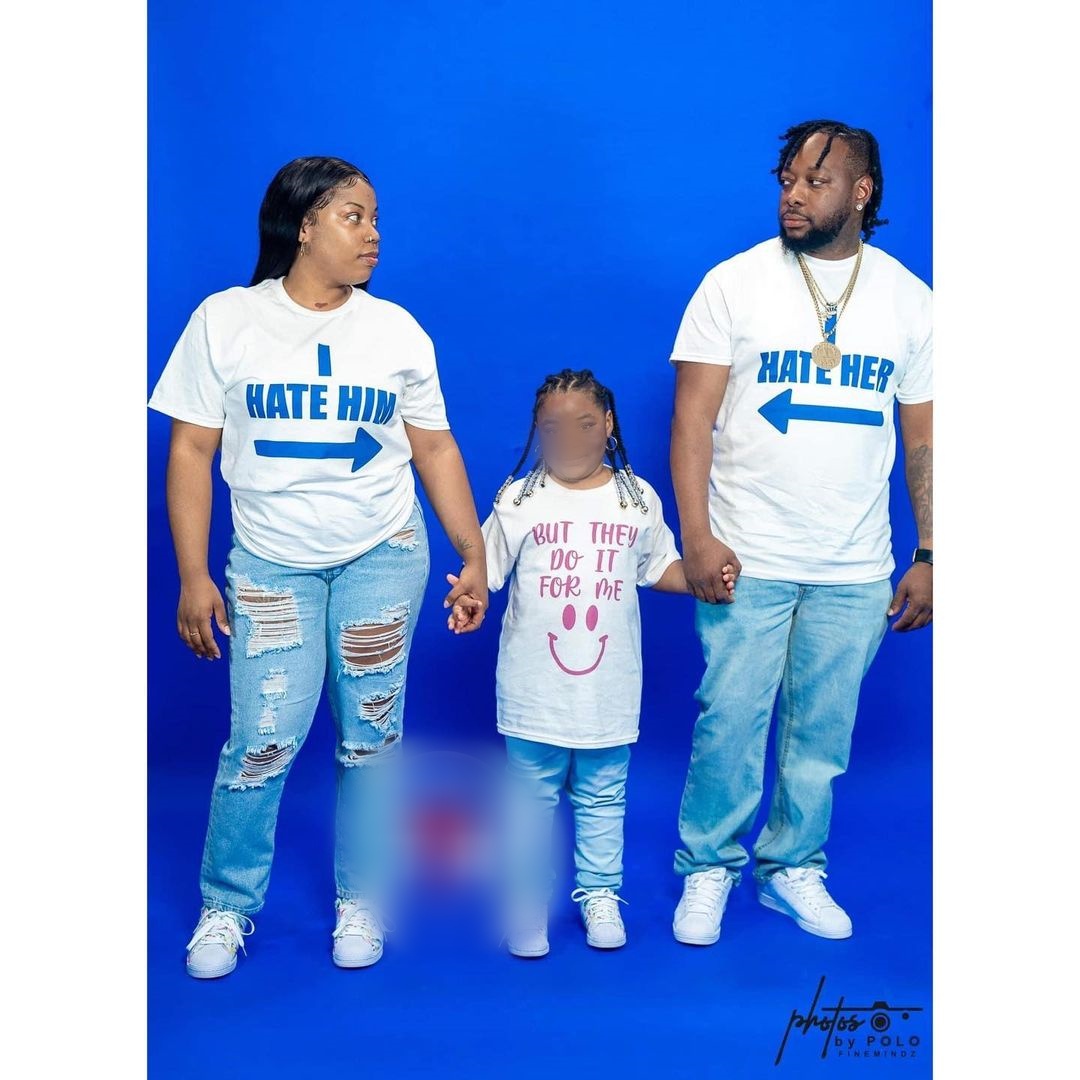 The little girl who was standing in the middle holding her parents’ hands also donned a matching shirt, but the inscription on her own shirt explains that despite the hate the estranged lovers have for each other, they co-parent happily for the sake of their daughter.

See some reactions that trailed the photo as you scroll,

@a_owasmi, “I will explain. They hate each other but come together to do it for their child, it is a motivational message that despite your differences and grievances, always put it aside and do it for your children.”

@fabulosgloria, “It’s called Co-parenting. They can’t stand each other yet they will work together for her sake. This is the reality of many relationships. They stay together or tolerate each other for the sale of the kids. This quite a bold representation”. 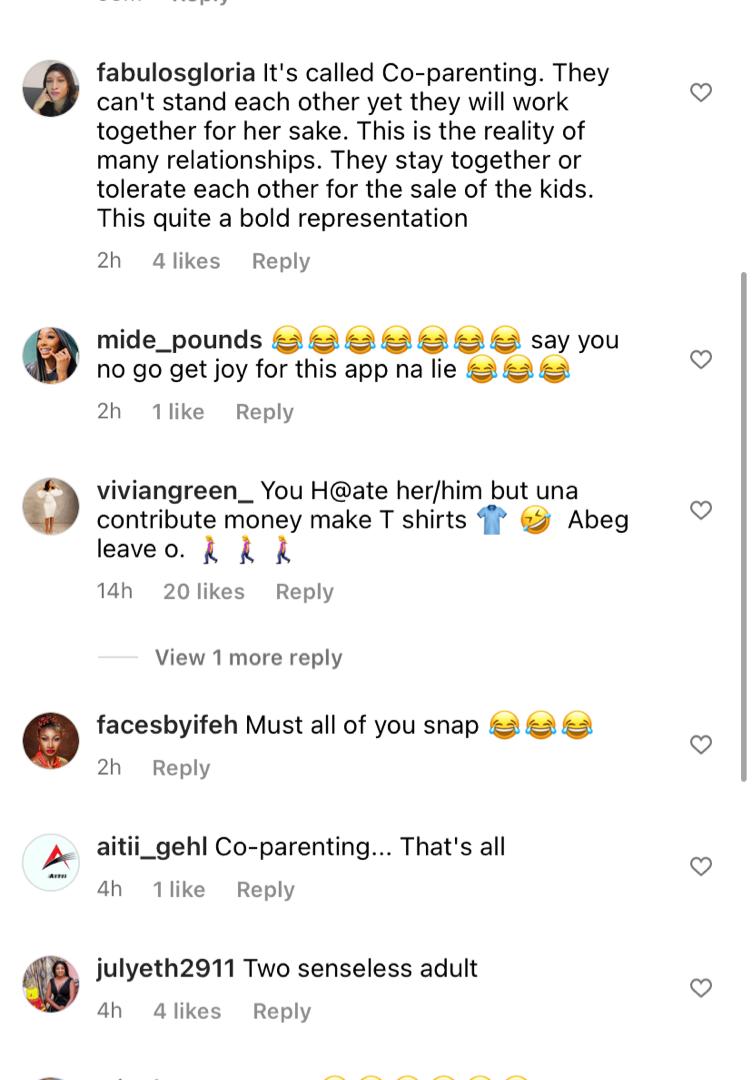 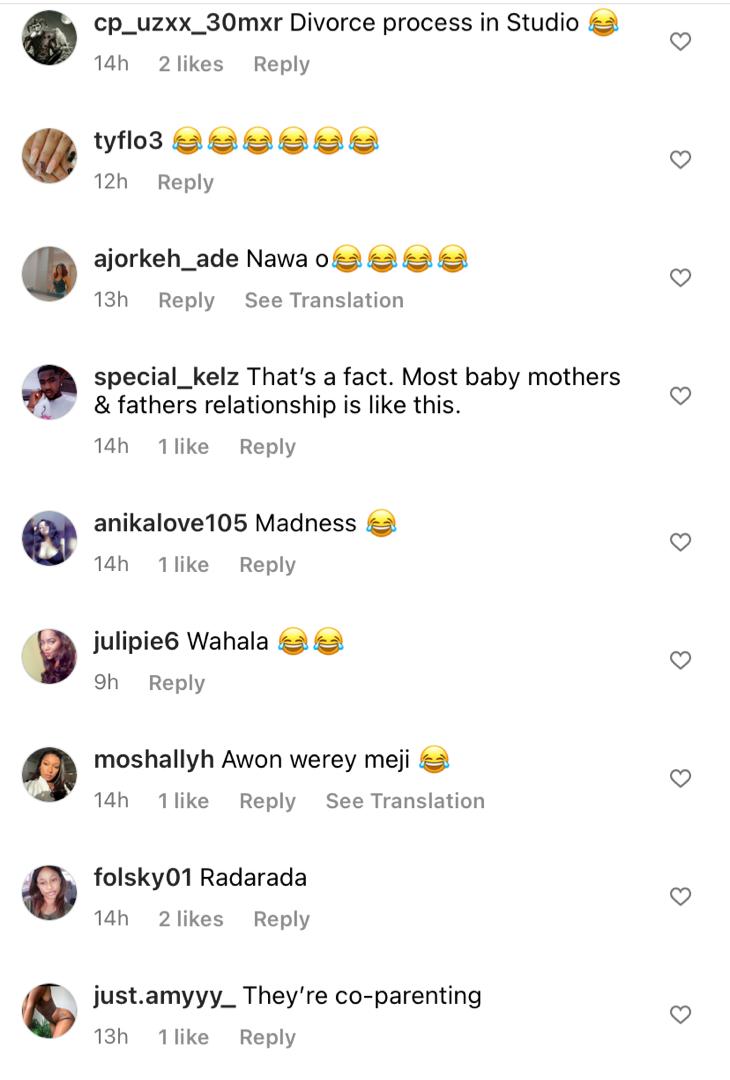 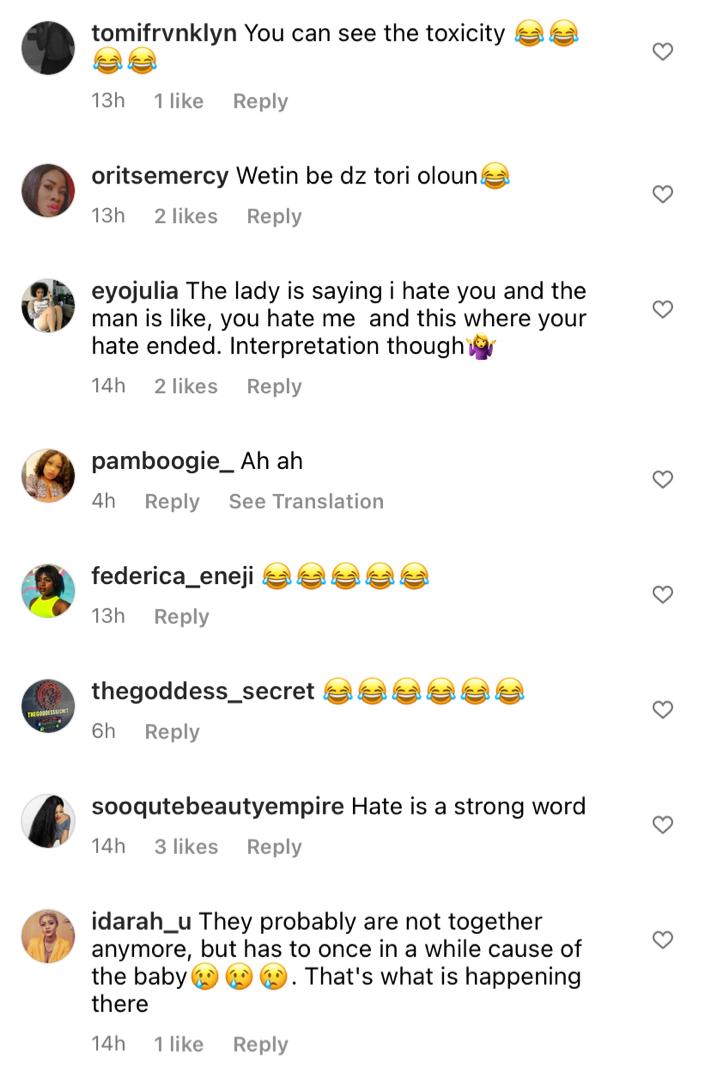 Kid singer, Amarachi Dance looks unrecognizable as she shares a video of how she looks now