Comedian AY cries out as wife turns him into a nanny, videographer at anniversary dinner 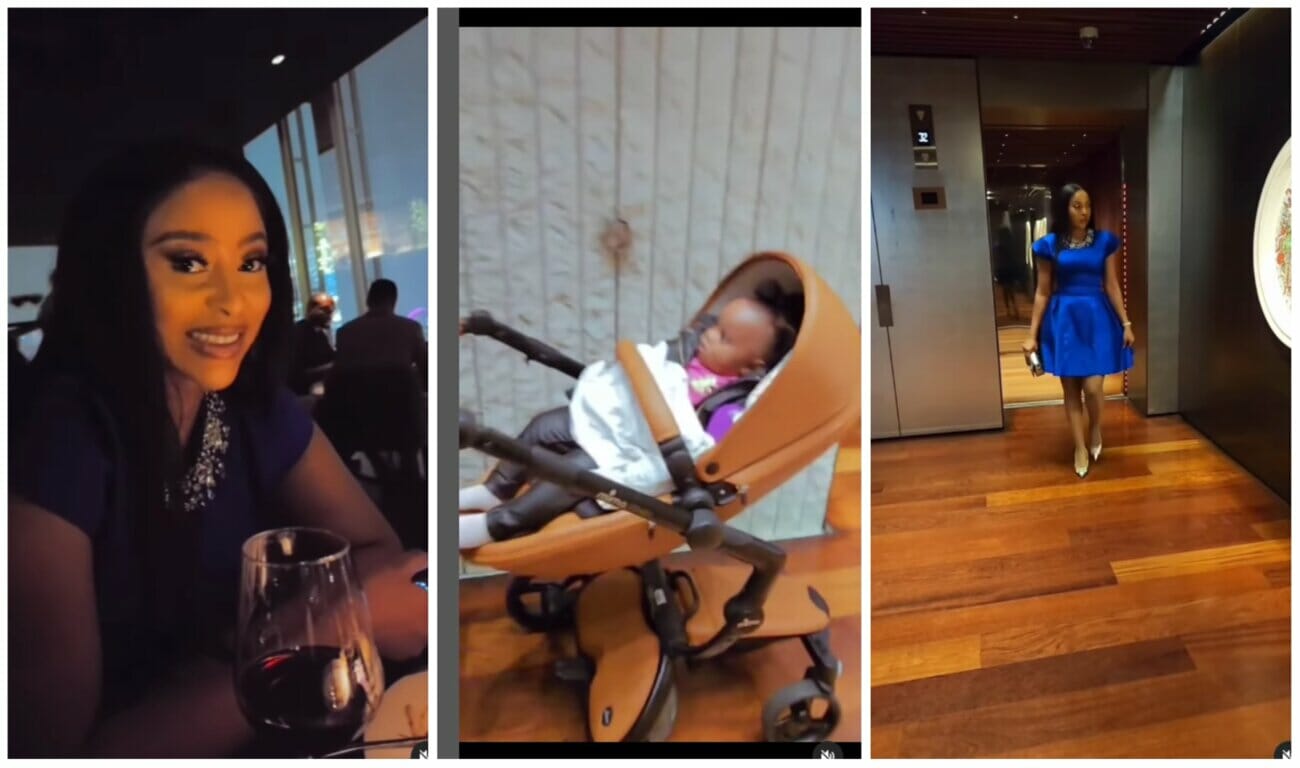 Comedian AY has cried out after he literally became his wife, Mabel’s videographer, and their daughter’s nanny at their anniversary dinner last night.

Sharing clips from the occasion on his Instagram page, Comedian AY lamented saying “This was an anniversary dinner o. Please don’t ask @realmabelmakun about her husband (the nanny videographer) . No need. At least my shadow appeared while she was walking down the stairs.

Consoling him, actress Uche Nnanna wrote “The nanny videographer (Husband ) biko leave me hand, But jokes apart your good at it Mabel @realmabelmakun always on point “

Joining the League of doctorate holders, Mabel stated that she received two doctorate awards from Commonwealth University and University Azteca.

For her, this was a huge and humbling experience.

“Glad to add more feathers to the well-decorated cap. I received two doctorate awards from Commonwealth University and University Azteca. This is a huge and humbling experience for me”.

Taking to his Instagram page, Ayo Makun congratulated her for being a shining light.

He noted how her hard work has paid off.

Opening up more, he revealed that his wife lost a 5 month pregnancy, deferred for a year, birthed another child, took care of two children, and now has successfully bagged a BA.

“Yesterday, she walked the aisle as a GRADUATE. She weathered the storm and survived. She lost a 5 month pregnancy, deferred for a year, birthed another child, took care of two children and successfully bagged BA (Hons) from the prestigious COVENTRY UNIVERSITY, UK. Congratulations to my wife, Mercy Stacy Ebere CHAM. God stepped in and you stopped out in style. Proud Husband here”.

Mercy Johnson and husband, Prince Odi say powerful prayers for their daughter, Purity as she clocks 10