It’s a Boy: Excitement Rocks Social Media As BBNaija’s Bambam and Teddy A Reveal They Are Expecting 2nd Child, It is indeed a moment of jubilation for fans and supporters of former Big Brother Naija (BBNaija) housemates, Bambam and Teddy A. 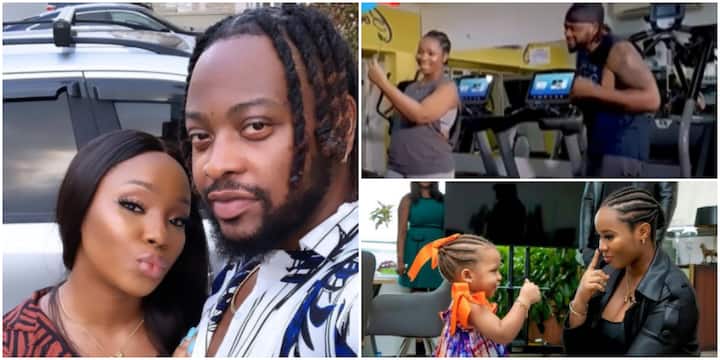 The husband and wife caused a frenzy on social media after an episode of their reality show made its way to the internet.

In the episode, Teddy A casually revealed that he and his wife are expecting their second child together.

Teddy A made the disclosure during a confessional that followed the scene where he had asked a gym instructor to go easy on his wife. According to him, they are expecting a baby boy.

Another portion of the video captured Bambam reacting to her husband’s revelation and pointing out how protective he has been of her.

“My sweethearts❤️❤️. Never disappointing at all.”

“My bamteddy I don’t Stan nonsense much love.”

“Awww this is a lovely news . Congratulations to them.”

“Hheehhh these two!! I just seeing them, e dey steady sweet me .”

“Awwwn..such great news. Congratulations to them.”

I Chatted Him Up on Twitter: Nigerian Lady Marries Man 1 Year After, Narrates How She Got Her Lover