Daddy G.O @ 80: The humble Mathematician who became a much cherished pastor

Pastor E. A. Adeboye at 80: 6 Interesting Facts About the Mathematician Turn Man of God, He was born on March 2, 1942 to a very humble family. He has today become a very strong voice in the Christian world and one of the most cherished clerics in Nigeria. 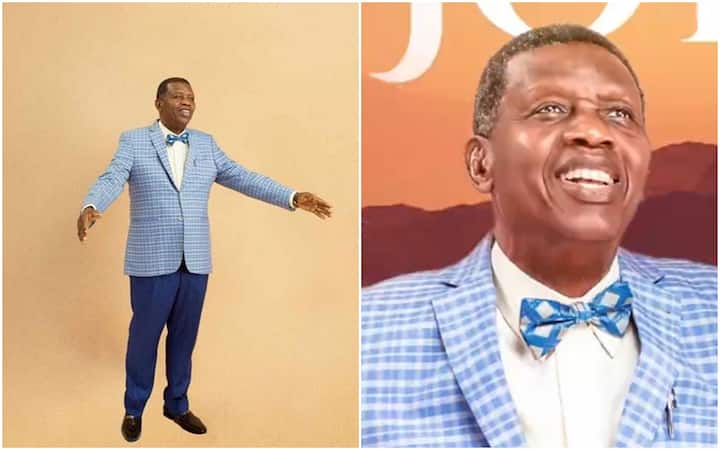 we have compiled 6 interesting facts about the much-loved man of God.

He is from Ifewara, Osun state

He is a Mathematician

Pastor Adeboye got married to his wife, Foluke Adenike, the same year he got his bachelor’s degree from Ife. The man of God has always expressed much love for his wife. They are both blessed with four children.

Contrary to what many may think, Pastor Adeboye is not the founder of the RCCG. He only joined the church in 1973 and grew to become the leader who would later greatly transform the fortunes of the church through the grace of God upon him. He has ordained a pastor in 1975.

Pastor Adeboye was appointed the General Overseer of the RCCG in the year 1981 after the founder of the church, the late Pa Josiah Akindayomi passed on and it was revealed that he would be the successor. He however filled the position on a part-time basis because he as at then working as a lecturer at the University of Ilorin.

Named one of the 50 most powerful people in the world

In the year 2008, Pastor Adeboye was named as one of the 50 most powerful people in the world by Newsweek. This recognition was not misplaced because the man of God leads one of the most popular congregations in the world with thousands of branches. He is also cherished by his congregation who simply refer to him as Dady GO.

In all, Pastor Adeboye has become a very influencial man of God, leading one of the most attended churches in Nigeria. His church headquarters located along the Lagos Ibadan expressway in Ogun state is a mecca of sort for Christians seeking spiritual sanctuary.