Dangote Jumps 29 Places in World Rich List, Now 2x Richer, 150 Places Above Closest Rival in Africa, Africa’s richest man and president of Dangote Group, Aliko Dangote, as of Wednesday, 9th March 2022 is now the 71st richest person in the world as against his previous ranking of 100th he opened the year 2022. 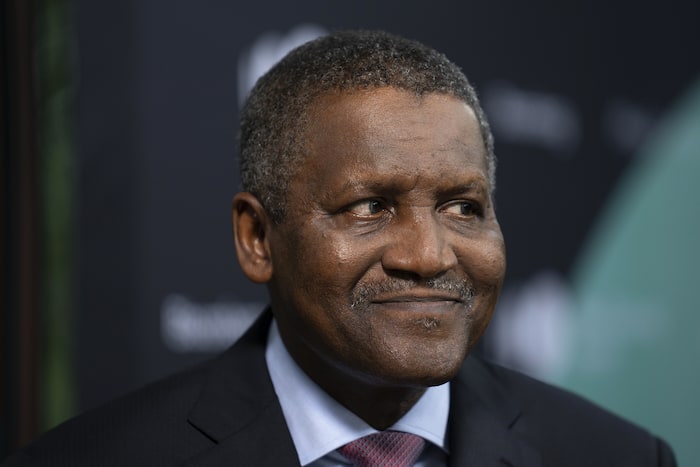 His wealth is at $20.1 billion, having amassed $914 million(N380bn), according to Bloomberg’s billionaires’ index.

South African billionaire Johann Rupert sits at 221 positions in the billionaire list with a net wealth of $9 billion two times lesser than Dangote’s.

Rupert has lost over $1 billion since the Ukraine-Russia war began. Due to challenges in the luxury goods markets.

At one point in 2022, Rupert’s wealth accelerated so fast while Dangote’s wealth was declining, which led many analysts to believe that there could be a change of guard by the end of 2022.

The wealth of Dangote is expected to grow even higher in the coming months as he completes the refinery located in Lagos.

The refinery will add to his list of investments, including Dangote Cement, Sugar, Nascon Allied Industries, and a stake in the United Bank for Africa.

Other names of Africans in Bloomberg 500 rich list and worth

Meanwhile, according to Bloomberg, Dangote is now almost two times richer than Chelsea’s owner Roman Abramovich, who sits at 129 places with a wealth of $13.6 billion.

“Truly humbling”: Zola 7 gives bank details for fans who wish to help him