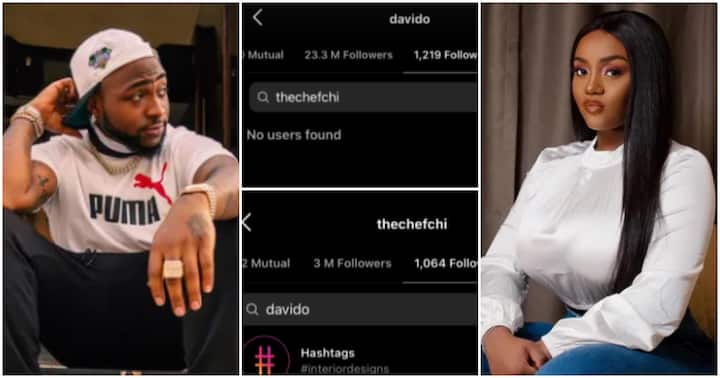 It was recently noticed that both parties have now unfollowed each other on Instagram.

A look through Davido’s page shows that his ex-boo and mother of his son, Chioma, is no longer on his followed list.

In the same vein, Chioma also no longer has Davido as one of the people she is following on her Instagram account.

The news of Davido and Chioma once again yanking each other off their followers’ list has raised a series of different reactions. Read some of them below:

“Relationship na ur mate u go block tire una never see anything better make chioma put herself for market Davido no ready at all.”

“Davido only want to make Chioma ‘’ lord of the rings‘’ he think he’s the only one that can love her ??? Shift abeg.”

“Them Dey use una catch cruise.”

“Both of them should move on jare, they can not marry two of them get kokonut head.”

“She has a boyfriend now and I guess he doesn’t like that.”