Davido’s Family Members, Eniola Badmus, Zlatan Ibile, Storm London Ahead of Singer’s Show at O2 Arena, Popular Nigerian singer Davido is set to shut down the O2 Arena and he has received support from his friends and family members. 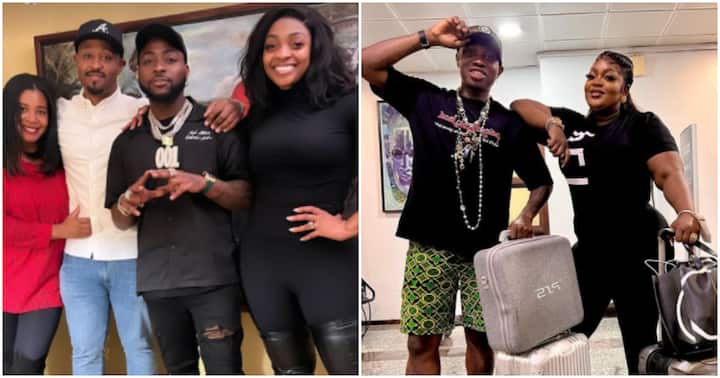 The music star is set to have a show at the popular location on March 5 and his close pals have already left Nigeria to London because of it.

As the big day fast approaches, Nollywood actress, Eniola Badmus and singer, Zlatan Ibile, were spotted as they travelled together ahead of Davido’s show.

Both celebs took photos together at the airport and made the purpose of their travel known.

In the caption of one of the snaps, Eniola Badmus wrote:

See her posts below:

In the same vein, Davido also took to social media to alert his fans that his family members were already arriving in London ahead of the show.

Taking to his Instagram story, the music star posted a photo of himself with his sister, Sharon, and other siblings as they turned up for him.

According to him, his siblings have started landing in London. 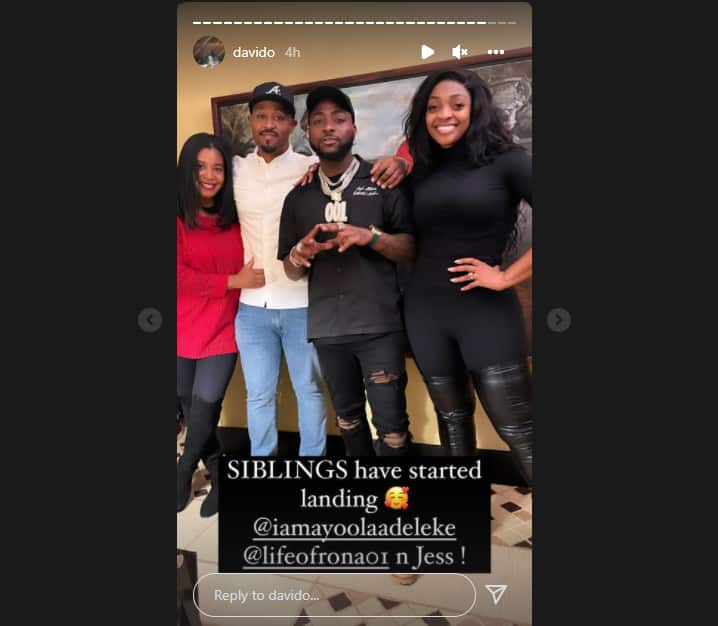 Social media users had a lot to say about Eniola Badmus and Zlatan’s trip to London. Read some of their comments below:

“Davido’s biggest fan in a picture.”