Wizkid’s Grammy Snub: Video of Davido Coincidentally Slicing Onions Sparks Mixed Reactions on Social Media, Singer Davido has been dragged into social media drama by fans who are still nursing the snub of Wizkid at the recent Grammy awards ceremony. 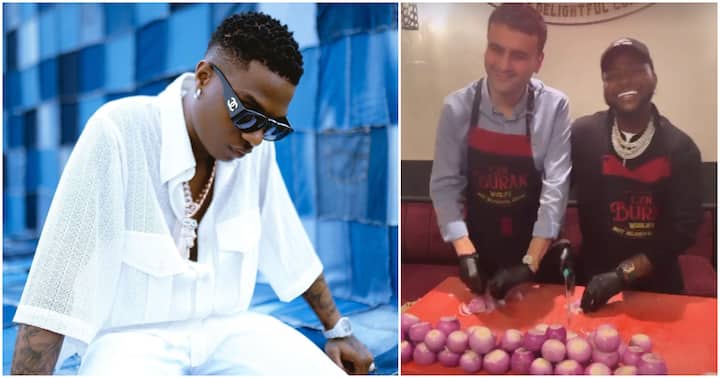 The 30BG crooner who is currently in Dubai had taken to his Instastory channel with videos showing his visit to a high-end restaurant in the country.

Coincidentally, one of the videos posted by the singer captured him slicing many onions alongside a professional chef.

Even though the singer innocently posted the video, many couldn’t help but point out that it was shared on the same night Wizkid lost his two nominated categories at the prestigious award.

Watch the clip of Dvaido slicing onions below:

“Nah this onion they make Wizkid fc they cry.”

“He posted that long before the award. Una don start.”

“You guys have started o, he posted it before Grammy.”

She be like NURTW chairman: Fans struggle to recognise Cuppy at granny’s party