Much loved Nigerian singer, Davido, has many interests and one thing he appears to love as much as jewellery is fancy cars. 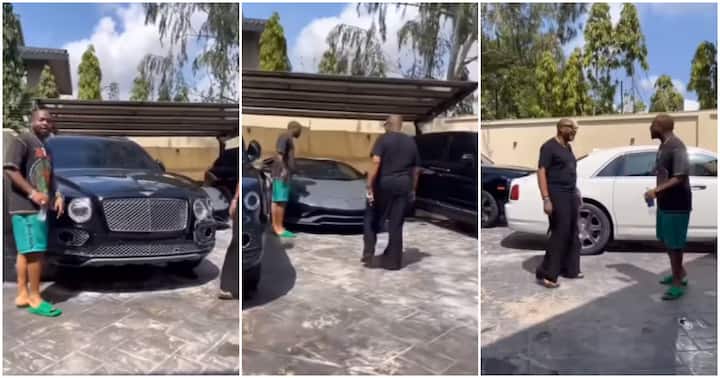 The successful musician is usually in the news for purchasing one luxury car or the other and he recently gave fans a rare glimpse of his garage.

The Risky crooner showed Paul some of the cars in his garage. According to Davido, Paulo’s car was an inspiration to young guys like him when it first arrived in Nigeria.

The singer went ahead to showcase his Black Bentley Bentayga and noted that it was a 2019 edition.

He finally also showed off his Lamborghini and noted that the car was his birthday gift to himself.

Nigerians were in awe of Davido’s garage and some of them also asked questions on some of the singer’s other cars that weren’t displayed in the video.

“Where is David’s red lambo before the second lambo?”

“They no reach $1m rest Wiz and odogwu don go too far pass this kind levels.”

“I wish he will build another house…the compound is so small for these cars.”

“Make David come dash me one of these cars abeg I need am .”