Davido Left Mind Blown Over Chioma’s Cooking, Compliments It on Social Media, She Reacts, Popular Nigerian singer, Davido, has continued to move on good terms with his ex-fiancee and baby mama, Chioma Rowland. 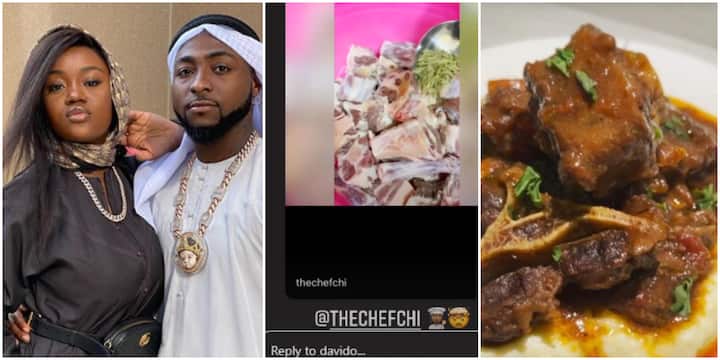 Chioma, who is also known as Chef Chi, has been known for her love for cooking and good culinary skills.

Just recently, the mother of one took to social media to delight fans with a video of her oxtail recipe.

Chioma shared a clip online showing the process of how she made the yummy dish and it soon caught Davido’s attention.

The music star reacted to Chioma’s cooking skills on his Instagram story. Davido revealed how impressed he was by reacting with a mind-blown emoji. 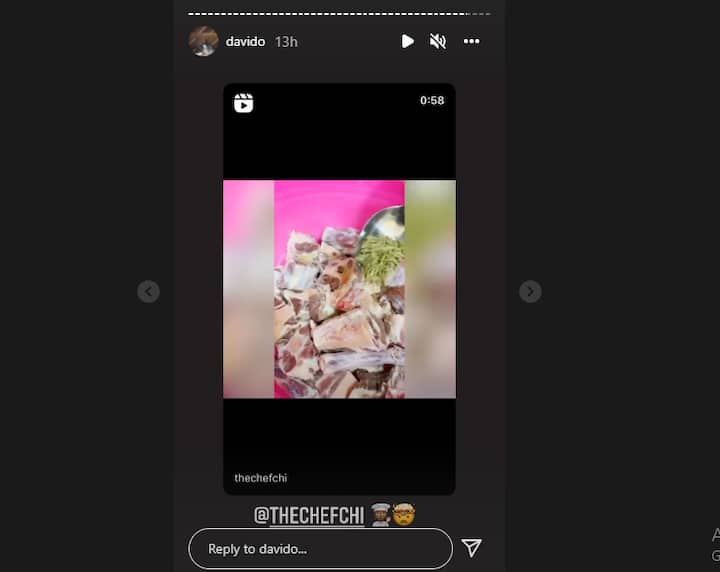 It wasn’t long after Davido shared his compliment that Chioma reacted to it. The celebrated Chef Chi put a series of wide smile emojis to show her appreciation. 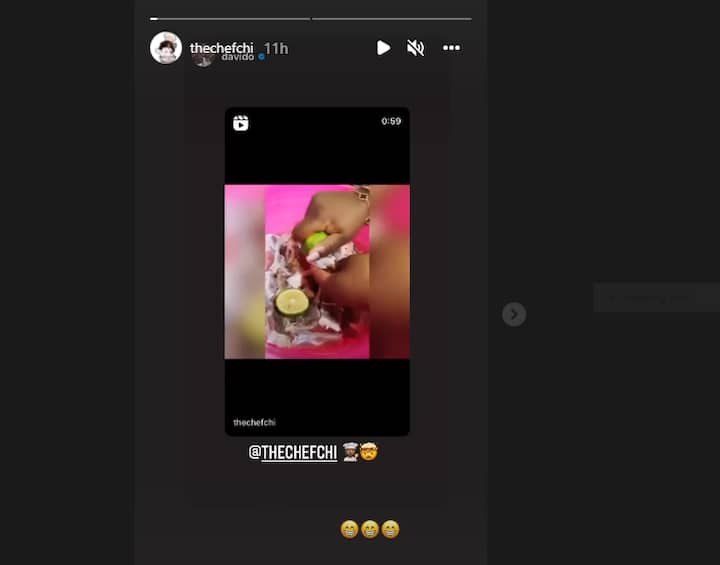 Davido, Chioma and their son attend family event together

Legit.ng earlier reported that Davido had an event-filled weekend but it didn’t stop him from making out time to show up for a family function.

In his usual fashion, the 30 BG musician took to his Instastory channel with an update for his fans and followers on the social media platform.

Davido was spotted carrying his son Ifeanyi with some other members of his crew also seen at the event.

Make I Use This One Hold Body: Hilarious Reactions As Actor Yul Edochie Says Having a Flat Stomach Is Childish