Love Wins: Excitement Rocks Social Media As Chioma and Ifeanyi Hop on a Jet to Attend Davido’s O2 Arena Show, With just a few days to Davido’s highly-anticipated O2 Arena show, family members and colleagues in the industry are already arriving in London for the singer. 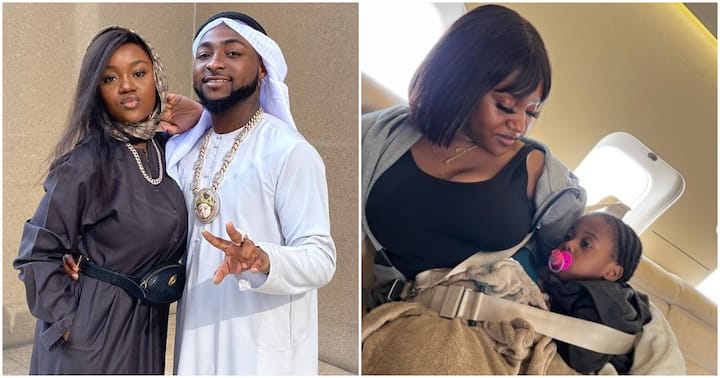 The latest pair to jump on a flight to the UK is the singer’s baby mama and former lover, Chioma Rowlands, along with their son, Ifeanyi.

Popular talent manager and Chioma’s close friend, Ubi Franklin, took to his Instagram page with pictures showing all three of them chilling inside a plane as they made their way to the country.

Fans react as Chioma, Ifeanyi fly to London for Davido

As expected, the update comes as a pleasant surprise to fans on social media and many were quick to note their satisfaction in the comment section.

“Omg. This is the most beautiful thing I’ve seen tonight.”

“Things I love too see.”

“@thechefchi see how happy I am. Love you sis.”