Who Vex Me? Davido Splurges Millions on a Maybach and Expensive Rolex Watches After Sold Out O2 Concert, Nigerian singer Davido has established his love for expensive cars and he recently broke his promise on splurging money on them. 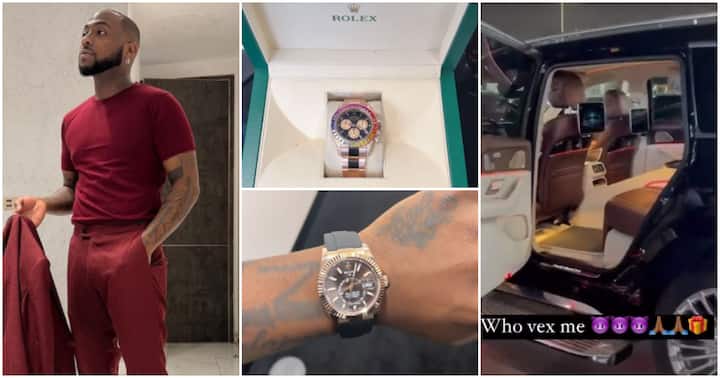 He decided to reward himself with a Maybach which must have cost him several millions of naira after his successful sold out O2 concert in London.

The singer took to his Instagram story channel with a video that showed off the expensive car as well as it’s tastefully furnished and designed interior.

Davido also splurged money on designer wristwatches and in his usual manner, shared the news on social media.

“He is trying too hard. Honestly davido you have nothing to prove. You’re not as rich as Jayz or even Justin Bieber but see how they live.”

“After saying he won’t buy car again this year carry on, money good.”

“BADDEST FOR A REASON “