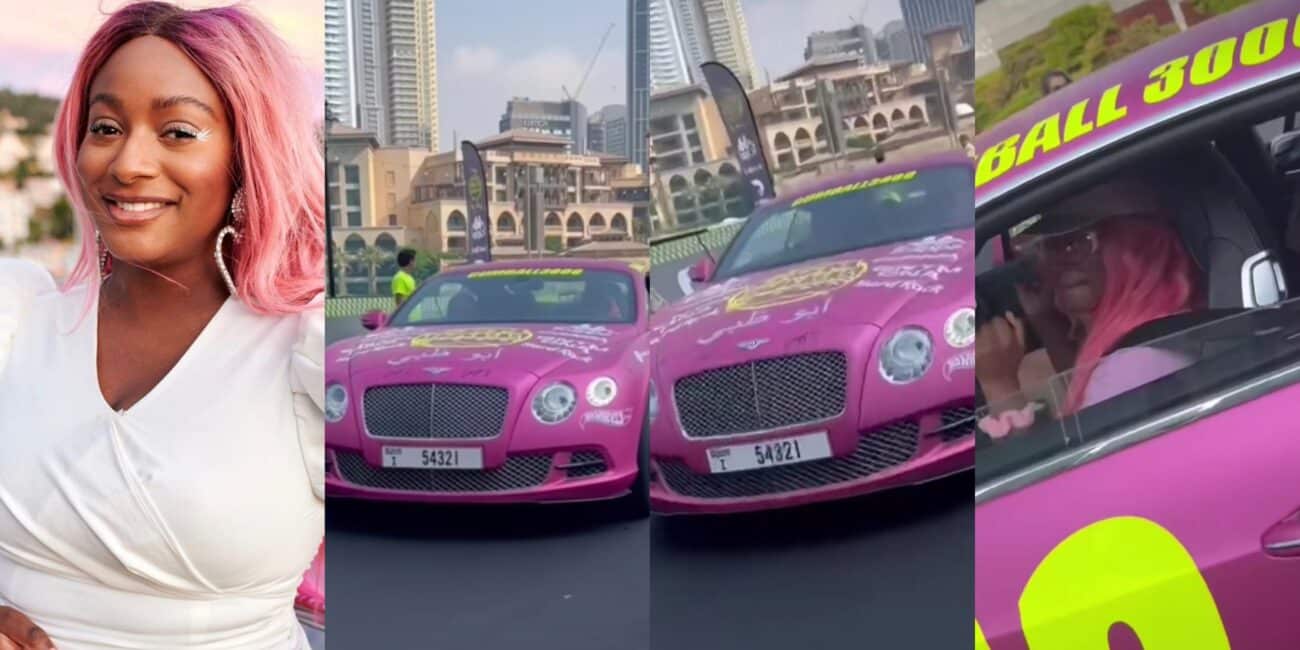 The billionaire heiress who is gearing up for the Gumball 3000 rally had splashed millions on the Bentley.

Cuppy revealed that she is the primary driver for the pink army team.

Asking for her fans to wish her luck, she hinted at winning the trophy.

“CAR REVEAL! Here is my customized Bentley for the 7 days @Gumball3000 rally as the primary driver for the #PinkArmy Team! Wish me luck + Get my trophy ready”.

DJ Cuppy had been left speechless over the £5million country home her billionaire father gifted her.

Kemi Filani reported that Cuppy turned 30 on Friday, November 11th and to celebrate her new age, her father gave her an extravagant gifted.

The luxury gift left DJ Cuppy speechless, as she couldn’t believe her luck.

DJ Cuppy took to her social media page to share screenshot of her chat with her billionaire father.

In the chat, Cuppy reminded her dad that it was her birthday and he stated that he didn’t forget her day.

Otedola revealed to her that he had instructed someone to give DJ Cuppy a £5,000,000 country home.

The gift was to appreciate her for continuously making him proud every year and for being a blessing.

DJ Cuppy captioned the chat with,

Few days after unveiling her multimillionaire possession which she said she had been hiding from the world, DJ Cuppy had proudly shared more photos of her new whip, a Landrover Defender 90 XS.

Flaunting photos of her new luxury ride on her Instagram stories, Cuppy said as a lover of cars, this particular whip had been her dream car.

She also claimed that her new ride was not meant for small girls but for big girls like her.