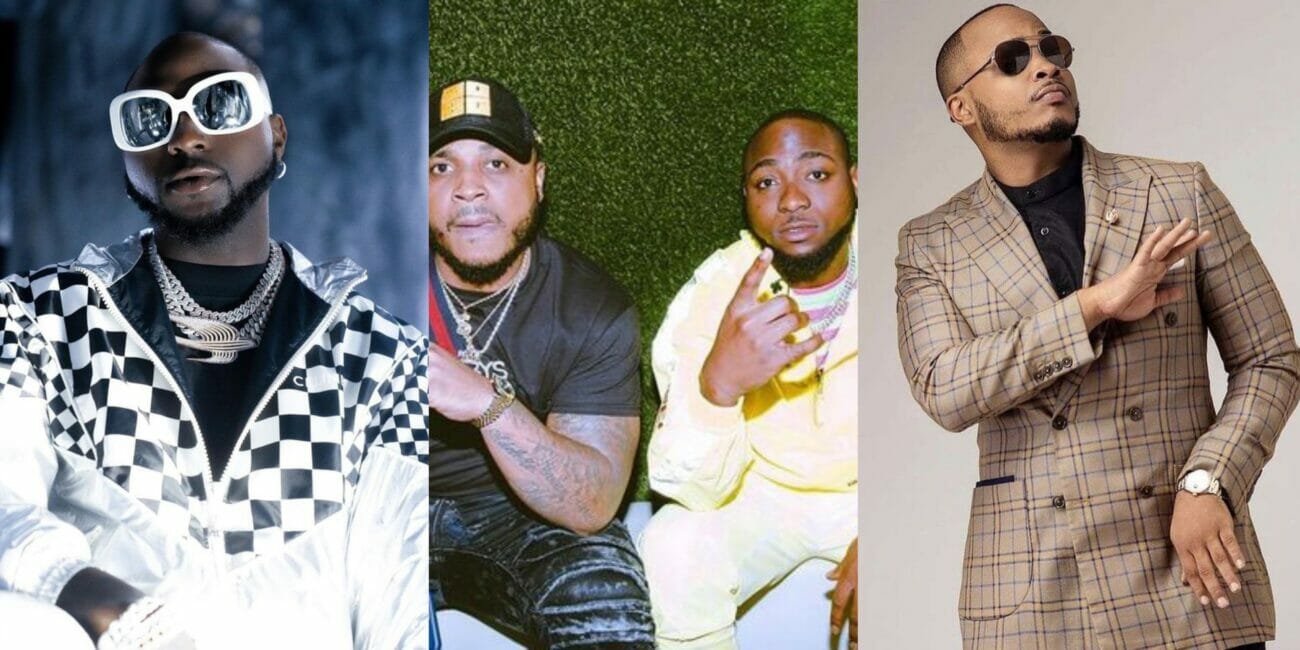 Award-winning singer, Davido has clicked the unfollow button on his cousin, Sina Rambo.

This came after Sina Rambo sent his private chat with Davido to his estranged in-laws.

In the chat, Davido had vowed to deal with Heidi Korth, who is Sina Rambo’s estranged wife for dragging his wife, Chioma.

Korth’s mother took to her Instagram page to expose the chat as she cried out over Davido’s threats.

In a shocking move, Davido seems to have cut ties with his cousin as Kemi Filani did a check on his Instagram page and noticed he has unfollowed him.

However, at the time of reporting, Sina Rambo is still following Davido.

Korth Adeleke, while fighting with trolls, had shaded Chioma and had even taken a swipe at her deceased child.

Davido, wo doesn’t play with his wife, Chioma was no doubt visibly angry with her for involving his wife in her online drama.

In a leaked chat which was posted online, Davido could be seen lambasting Korth Adeleke for dragging Chioma into her fight with Sina Rambo.

He questioned why Korth would be mentioning Chioma and bringing up Chioma’s dead chat in her fight with trolls. Davido had promised to deal with her.

Raising alarm, Korth’s mother-in-law shared the chats online as she called the attention of the public to Davido’s threat.

“I want the whole world to know that if anything happens to my daughter, Davido Adeleke should be held responsible as he has threatened to deal with her. My daughter is a German citizen by birth and nationality and I am tagging everybody including the bloggers to come out and present proof that my daughter Heidi insulted or called Chioma out directly.

In a surprising twist, while addressing the leaked chat, Korth’s mother declared love for Davido and Chioma. According to her, she has no beef with the couple.

Speaking on the leaked chat, Queen stated that Davido wasn’t the one who sent the chat to her, but his cousin Sina Rambo.

However, Korth’s mother still, maintained her stance against Davido for threatening Heidi for no reason. Queen Korth added that Davido should be held responsible if any harm comes on her daughter.

Unexpected: After Trending For Sex Scandals, She Might be Getting a Top Position on The ANC FS