The residents of Ikuru, Rivers State woke up to surprise they did not bargain for as they saw a giant elephant in a nearby bush in broad daylight. 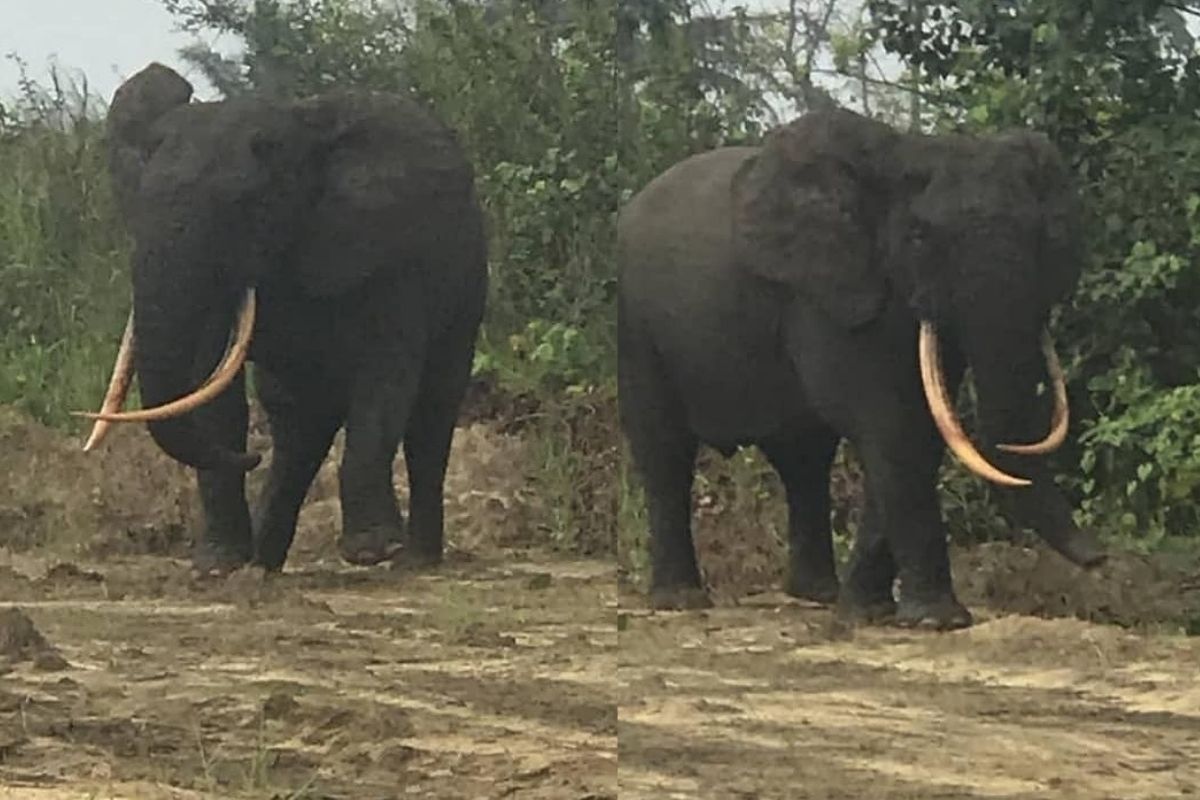 In a video circulating on social media, the elephant was spotted having a stroll with some residents of the town looking on as the animal made its way into the forests.

see some reactions gathered from Nigerians:

laiza: I’m sure the elephant is too big an animal that is why it’s not dead yet.

Finnese001: It will soon go missing

kristonium: Some unfortunate ones will soon gun him down as bush meat!

owobokiri: This is as a result of massive logging by Asian proxies in the middle belt and the South. Massive logging is also going on in the Cameroon. These elephants are being pressured out of there hatbitats by these Asian businesses who pay Africans to loot down everything in sight. Wouldn’t be surprised if the elephant s gone by now since the huge tusks are badly needed is Asia..

EkelediliBuhari: Where there’s one there’s more Wike should do something to preserve them

Joummjoumm: I would love to see this

Vyzz: shocked The Godfathers of the jungle…

Remember, He isn’t trespassing… We are the one that trespassed the jungle

Astra101: What is the fate of this animal? The spirit of food is ready is telling me something grin