Davido O2 concert: Emotional moment singer’s elder sister led prayers backstage before he stormed the stage, Nigerian singer Davido isn’t one to show off his religious side but over time many have come to realize that his elder sister, Sharon Ademefun, doesn’t joke with her spiritual life. 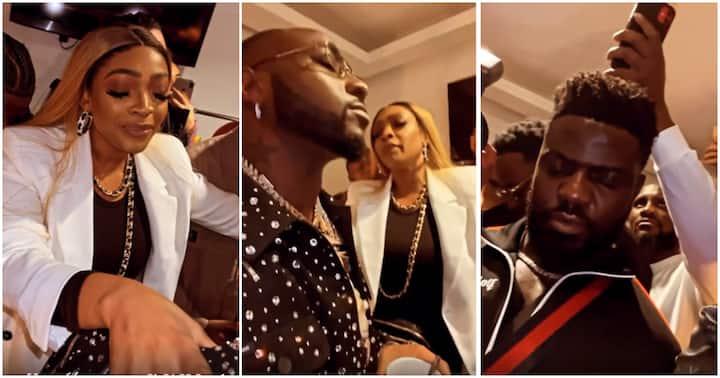 The doting sister was among those who attended his O2 Arena show and she made sure everything was committed to the hands of God before her brother stepped out to thousands of fans waiting for him.

Davido’s friend, Cubana Chiefpriest, filmed a video backstage while Sharon brought the team together and led them in prayers.

Sharon laid hands on her brother as she uttered heartfelt words of prayers for him and other artistes who would be joining him for the night.

Everyone present rendered ‘amen’ to her prayers before they exchanged hugs with the main actor of the night.

Reactions pour in for Davido

“One thing I love about Davido and His family ❤️❤️❤️ Too supportive.”

“It’s our prayer warrior don show for me .”

“This is impressive, the G factor can’t be underrated…”