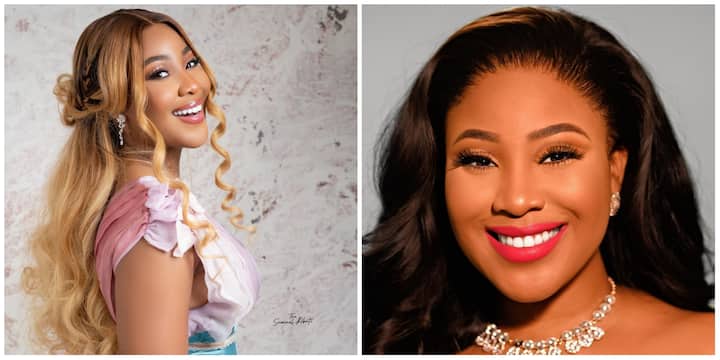 While Adesua didn’t say what the foolish prayers were, popular reality star and actress Erica Nlewedim reacted to the tweet as she revealed one of her foolish prayers.

Erica revealed that she prayed to God about getting married at 23, but the reality star who would be 28 years old this month is happy He didn’t answer the prayer.

“Exactly, especially the ones about getting married at 23.”

Many Nigerians seem to have misinterpreted Erica’s tweet to mean getting married at 23 was a bad thing.

some reactions, see them below:

“‘Her’ prayer was to get married at 23, not yours! Doesn’t mean getting married at 23 is wrong. People just like to attack these celebrities for any opinion they give… rest!!!”

“Omo! God answered my own “foolish” prayers o..if na like that cos I got married at 24 and had my three kids before I was 30 and I have never been happier in my life. Thank you Lord for not tossing those prayer points in the heavenly dust bin .”

“I’m not a fan of Erica but she’s talking about her own. So nothing there.”

“Then I use to pray God please let this monthly period stop completely because it’s painful, was 15yrs old then thank God e no answer that prayer.”