Actress Eriata Ese has advised Nigerians to fake their lives till they make it for the right reasons as she shares the experience of her friend. 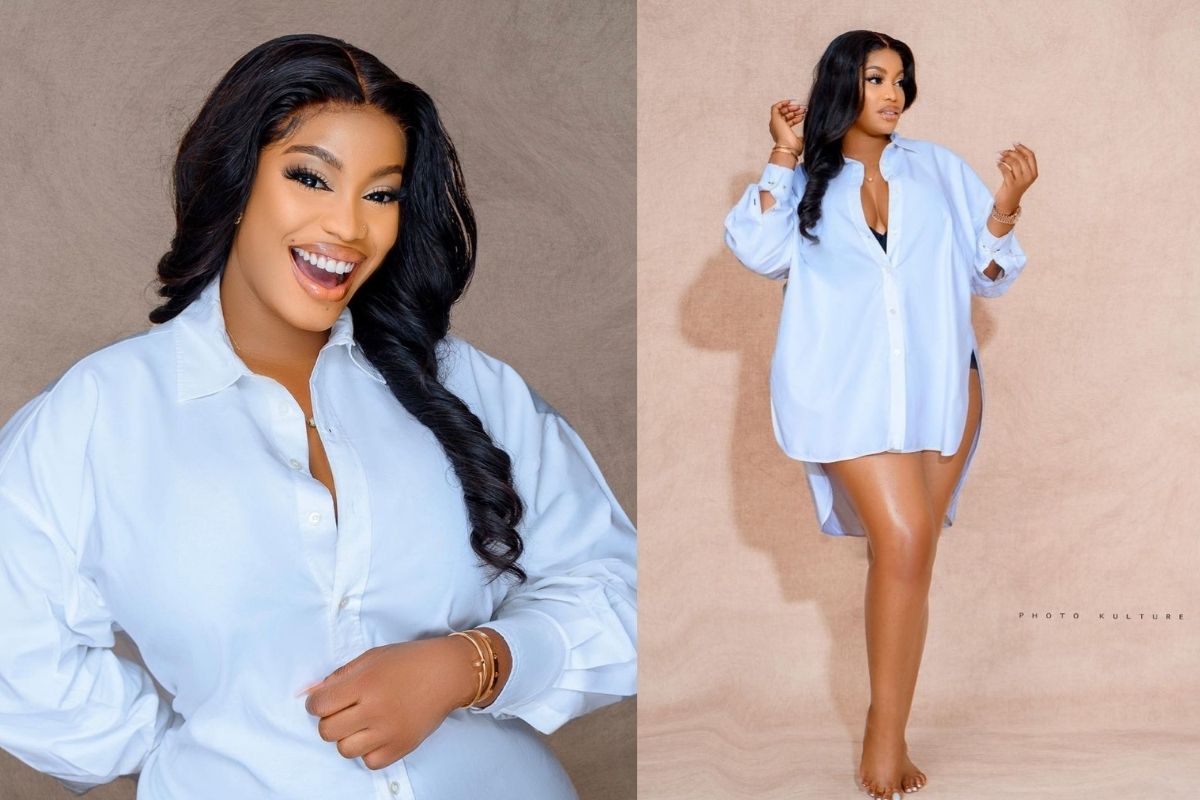 Eriata Ses sharing the ordeal of her friend said it’s obvious now we rate people by their appearance: what they wear, the car they drive, and the area/house you live in especially in Lagos, and not what you can deliver.

According to her, a multimillion Naira deal just slipped off her friend’s hand just because she didn’t show up to the meeting with a Prado, driver, and mopol like the way they do when you want to bid for a contract in a big company.

Eriata Ese added that her friend has access to all the packaging but decided to just drive her Camray and go and deliver based on the benefit that would be brought to the table if they bring her in but unfortunately it didn’t go like that.

Rather the company gave the contract to someone who came with a wash just because her friend didn’t go with a wash to match her intelligence and for that reason has advised that people should fake their lives for the right reason until they get it.

Eriata Ese was smart to add the phrase ‘the right reason’ because some people have been faking on social media for the wrong reason and that she’s obviously not in support with but then has advised that one can fake to earn a good job. 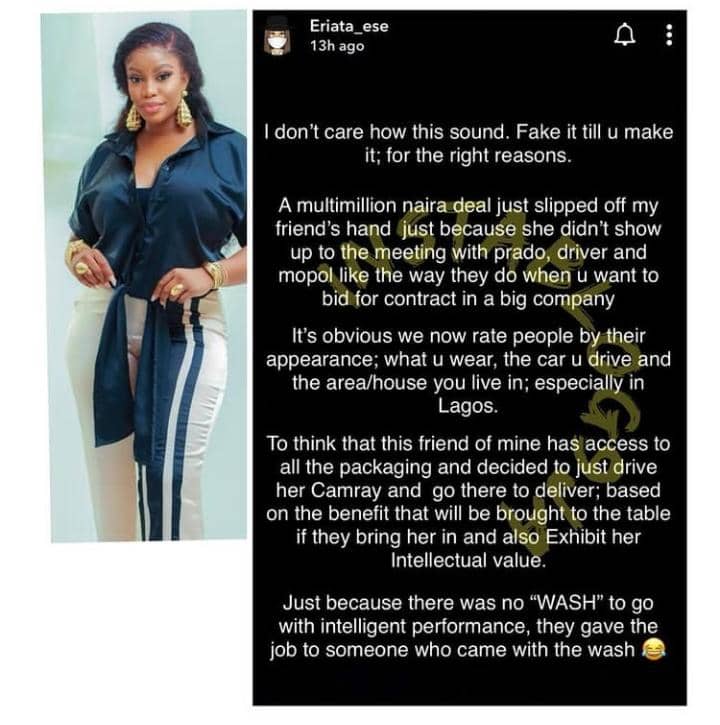