Former Big Brother Naija housemate, Cross Okonkwo has been surprised with a cash gift for his 32nd birthday.

The reality star turned 32 years yesterday, July 8 and had marked the day with stunning photos. 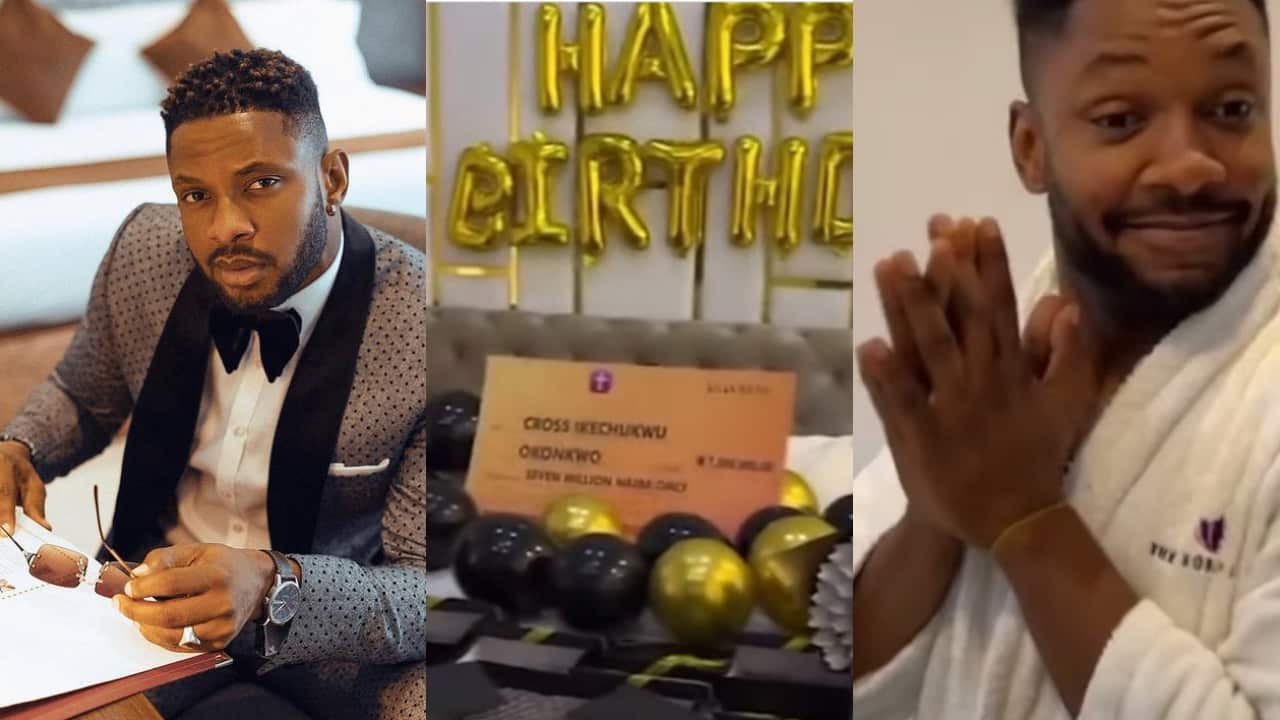 His fans, Cross Nation, had gone all out to celebrate their favorite star in a grand way.

In the video uploaded online, Cross was blindfolded by some fans who gently led him into the room where the birthday surprise. 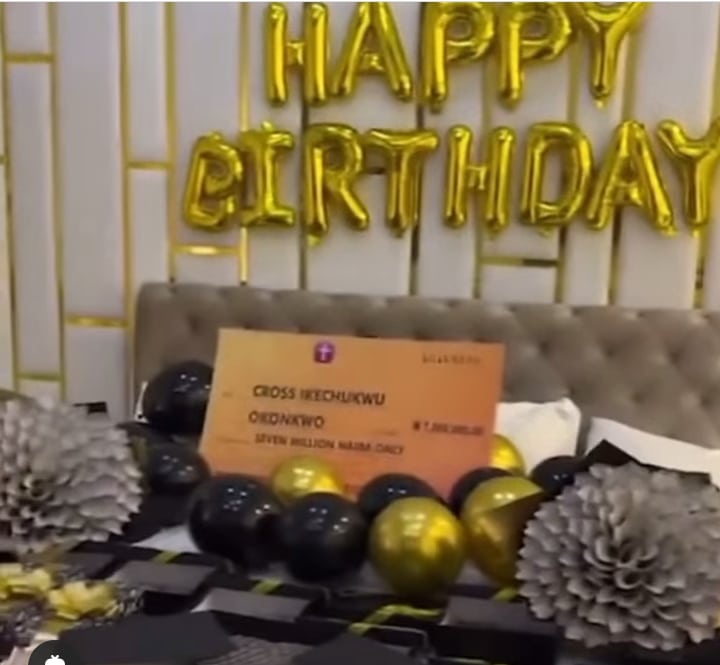 He was stunned to silence by what he had seen after the blind fold was removed.

A room was decorated with birthday ribbons and on the bed was a check of seven million naira for him.