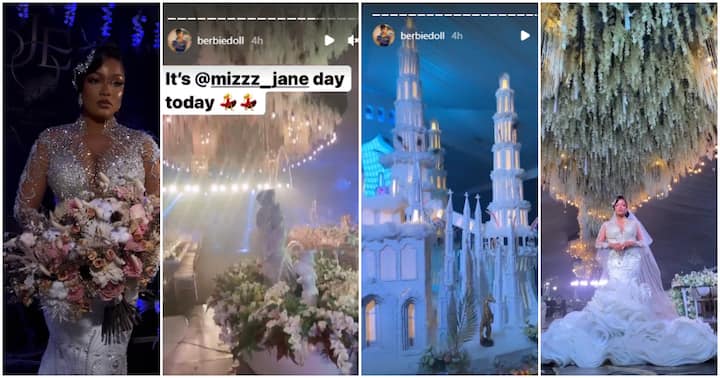 Their beautiful wedding which took place on March 26, 2022, in Benin City, Edo state, caused a lot of buzz on social media.

Photos and videos from the grand occasion made the rounds online and gave fans a lot of things to talk about.

See videos from the occasion below:

Another outstanding thing from the socialite event was the wedding cake which created a spectacle that left many guests and fans in awe.

The huge castle-like cake was one of the high points from the wedding especially after it was revealed that it cost N75 million.

A man at the event who appeared to be one of the planners and spoke with authority on the cake, noted that it cost N75 million and that those in doubt needed to do their findings.

See the video of the cake and the man’s statement below:

Jenny’s Glow’s wedding raised a lot of talking points online and fans had so much to say about the price of the cake. Read some of their comments below: